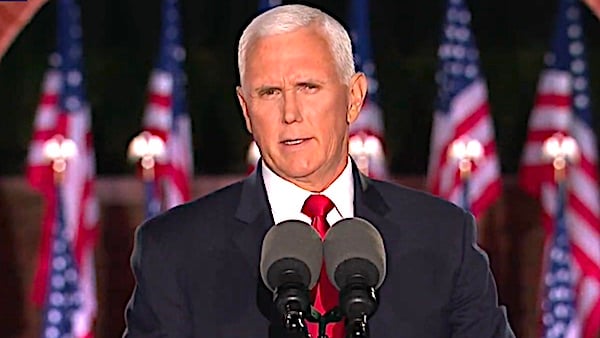 (AP) -- Former Vice President Mike Pence on Monday said Donald Trump “demonstrated profoundly poor judgment” and called on him to apologize after the former president had dinner last week with a Holocaust-denying white nationalist and the rapper formerly known as Kanye West days after launching his third campaign for the White House.

“President Trump was wrong to give a white nationalist, an antisemite and Holocaust denier, a seat at the table and I think he should apologize for it. And he should denounce those individuals and their hateful rhetoric without qualification,” Pence said in an interview with NewsNation’s Leland Vittert airing Monday night.

Still, Pence, who is considering his own potential run against his former boss, said he does not believe Trump is antisemitic or racist and said he would not have served as Trump’s vice president if he was.