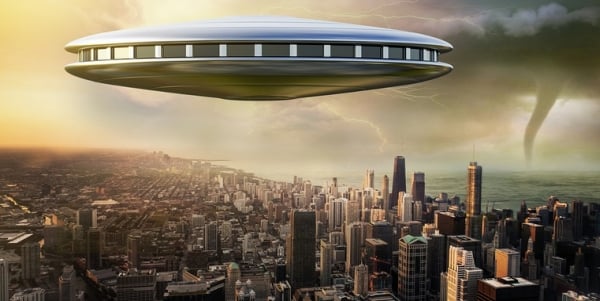 (WHO KNEW NEWS) – Pentagon officials have confirmed that the recently leaked video of pyramid-shaped UFOs hovering off the San Diego coast is indeed authentic.

The video, captured by the Navy back in July 2019 and published online by LA-based investigative filmmaker Jeremy Corbell, only prompted more questions. Corbell asked of the pyramid-shaped aircrafts flying over the U.S. warship USS Russell: “Who are they, where are they from, and what is their intent?”

Aside from the video, Corbell and his long-time collaborator, Nevada-based investigative reporter George Knapp, released a “data dump” that showcased several other UFOs. Among these were pictures taken by a pilot back in March 2019. Two of the pictured aircrafts were named “The Sphere” and the “Metallic Blimp”, based on their appearance.