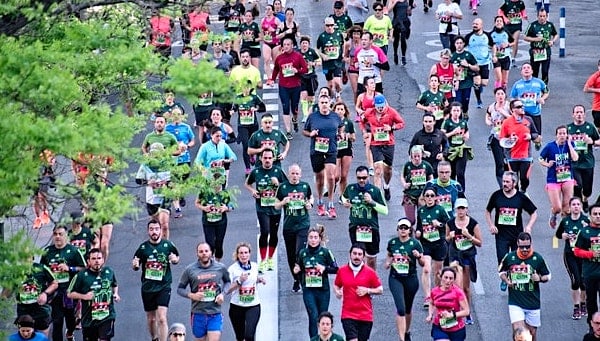 (Photo by Miguel A. Amutio on Unsplash)

(FOX NEWS) – Police in Florida stopped a woman who was allegedly about to drive her car through the route of a 5K run on Thanksgiving morning.

The St. Petersburg Police Department said 38-year-old Ashlee Lauren Morgan was driving her 2019 Range Rover Velar while going 60 miles per hour on Thursday as she was approaching 21st Avenue NE, near the route for the Coffee Pot Turkey Trot, according to FOX 13.

Police say the woman was stopped before driving her vehicle through the route of the 5K, which was closed to traffic. According to an arrest report, Morgan was allegedly driving in a "reckless manner" as she approached the route where around 3,000 people were participating in the 5K.