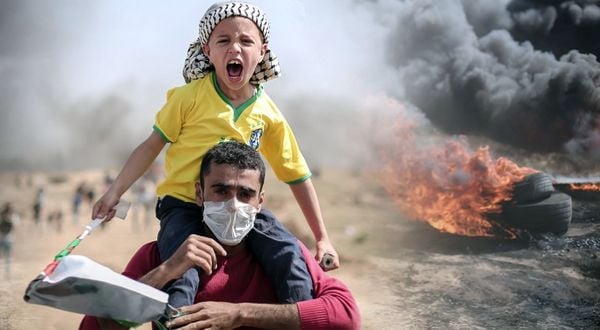 A new report from Palestinian Media Watch charges that a Middle East political faction is murdering its own children for political gain.

And it all is for political gain, the PMW report explains.

When the children die, it said, the PA "can blame and demonize Israel before the international community. The U.N. and many governments fall into the PA trap and criticize Israel for killing Palestinian children – even though the PA sent the children to be killed. Were it not for international criticism of Israel, the PA would have no political benefit in killing their own children and Palestinian children’s lives would be saved."

It is "with the hope that the U.N. and world leaders will recognize that the PA is brainwashing Palestinian children to attack Israelis on what are essentially martyrdom-seeking missions. The U.N. and others who partner with the PA in blaming Israel for these PA-driven child-martyrdom deaths, are reinforcing the PA's use of the child 'martyrdom' strategy, and are causing the deaths of additional Palestinian children."

The report documents how the PA encourages children to see martyrdom-death fighting Israelis as "something glorious" that will bring them honor and popularity. "Children are taught these messages in PA/Fatah summer camps, children’s TV programs, and PA and Fatah children’s education."

The result is that Palestinian children tends now regularly attack Israeli soldiers and civilians not necessarily with the goal of killing, but of being killed.

Is a Palestinian political faction murdering its own children for political gain?
98% (123 Votes)
2% (3 Votes)

"Some leave farewell messages, last wills and requests, and tell relatives and friends to take their pictures in advance because they will soon be 'martyrs,'" the report said.

In fact, those who are killed are glorified by the PA "as national heroes and religious icons," it said.

Then comes the political use of the dead children, it said.

And then the U.N., and other international groups, "Instead of blaming the PA for murdering its own children," they attack Israelis as if they were responsible.

The report noted, "The PA’s murdering its own children for political benefit places the PA among the world’s greatest child abusers. However, without the U.N. and some international bodies criticizing Israel for killing Palestinian children, the PA would have no political benefit in killing their own children. Every time the U.N. or a world leader criticizes Israel for the deaths of Palestinian children while ignoring the fact that the children were intentionally sent to carry out terror attacks and be killed, they are reinforcing the PA’s child Martyrdom strategy and are writing the death sentence for yet another Palestinian child."