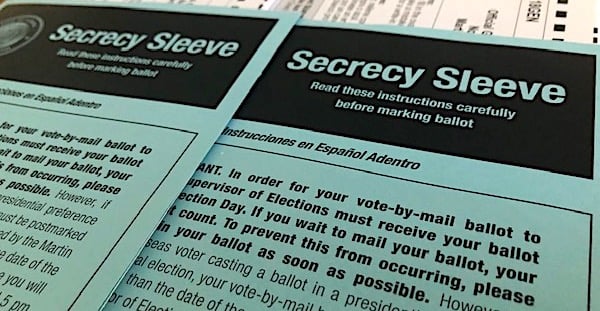 A Democrat worker has been ejected from a Carmel, Indiana, polling location after being accused of pushing voters to the Democrat party by pre-selecting Democratic nominees on a voting machine.

A report at ChalkboardReview explained election administrator Beth Sheller of Hamilton County was pushing for a prosecution in the case involving Democrat poll worker James Zheng.

"According to voters and volunteers who identified this individual, James directly interfered with the voting process," the report said.

Sheller said Zheng was accused by voters of telling black voters "…not to vote for the racist candidates outside," indicating a group of pro-parent candidates (beyond the electioneering boundary) running for school board in the Carmel-Clay school district."

Zheng was told not to return Friday or Monday to the early voting center set up at Mercy Road in Carmel, the report said.

Sheller also confirmed there was an accusation that Zheng took a voter to a voting machine and, "under the guise of 'explaining the voting machines' preselected a straight-Democrat ticket…"

The report said Sheller indicated her hope for prosecutions.