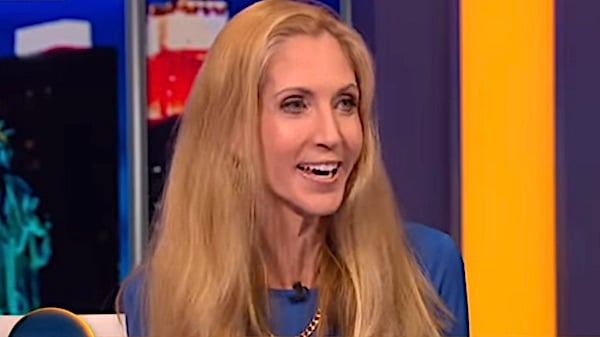 Welcoming the freshman class in August, Cornell University President Martha E. Pollack admonished students: “Free speech, as difficult and as challenging as it is, is not only the bedrock of higher education. It’s also the bedrock of democracy and a free society.” But when conservative author Anne Coulter appeared at an event there earlier this month, a group of hecklers shouted, clapped, and whistled until Ms. Coulter, herself a Cornell alumna, had to leave the stage.

As Ms. Coulter observed afterward, the attack on her was an attack on the university itself: “The students who prevented me from speaking were not engaging in fiery argument, or any kind of argument at all, but the most anti-intellectual response imaginable: whoopie cushions, screaming, and loud circus music—mocking the very purpose of a university.”

The ugly shout-down of Coulter raises a question with implications that reach beyond Cornell’s storied campus, or even the Ivy League. Many university leaders talk about preserving the values of free speech and open inquiry, as Pollack does. But do they have the spine to punish students when they violate those standards?

Pollack’s recent comments about the event do not inspire confidence. While she said she is “disgusted by the behavior of these students” and noted they “were warned,” she promised only that “the students will be referred to the Office of Student Conduct. They will decide what the punishments are.” President Pollack should be taking the lead; instead, she’s deflecting responsibility.

Cornell had previously resolved to allow the event to take place despite a petition demanding Ann Coulter be disinvited. Whether one agrees with Ms. Coulter or not, she, and the students who invited her, had a right to engage in the civil exchange of ideas. Any university worthy of the name ought to resist becoming an echo chamber for like-minded ideologues. Instead, it must be a sanctuary where challenging ideas can find a hearing.

Cornell security officers escorted several of the disrupters out of the room, though ultimately, there were too many for the speech to proceed. Clearly, the administration now knows who many, if not all, of the culprits were. Its choice is clear: Either punish them with suspension or expulsion or become a second-rate campus where young Jacobins decide whom they will hear and whom they will silence.

Suppression of free speech grows like a cancer. This is not the first time a speaker has been canceled or disinvited from speaking at Cornell. Jannique Stewart was disinvited in 2019 because of her views on sexuality and marriage. Ms. Coulter was previously disinvited in 2001.

Why were the guilty students so afraid to let Ms. Coulter speak? In an Orwellian twist, they claimed, “we are not seeking to ‘cancel’ her merely for identifying as a conservative. Rather, we want accountability for her extremist rhetoric that qualifies as hate speech.” Naturally, they think they are qualified to determine what counts as “hate speech” and how to respond to it.

The students also played into the fashionable but dangerous idea that speech is violence: “By allowing a powerful right-wing pundit who revels in hate and controversy onto campus,” they claimed, “Cornell turns a blind eye to extremism that may pose a threat to vulnerable students.”

Are these the fruits of a Cornell education today?

Efforts are underway at the university to subject students, staff, and faculty to ideological training sessions that teach them how to think about social and political issues. Faculty applicants are also required to submit a diversity statement that serves as an ideological litmus test. These efforts to enforce ideological conformity foster an environment that encourages the shouting down of a speaker who fails to conform.

Yet, President Pollack does not seem to know why this particular outrage happened or what to do about it. When asked how disruptions like this one can be prevented in the future, she admitted “I don’t have a good answer to the question of what will deter this in the future. It’s something I think we need to continue to discuss as a community.”

First and foremost, students and faculty need to see that there is a zero-tolerance policy for such behavior. Cornell must punish the guilty.

Next, the university needs to rehabilitate itself. It should adopt the Chicago Principles on Freedom of Expression and the Kalven Report on institutional neutrality. It must drop its plans for mandatory social justice training.

Finally, as we and the Cornell Free Speech Alliance wrote to President Pollack earlier this year, Cornell should include robust free expression programming in its new-student orientation. Clearly, Cornell students need to be taught the behavior expected of a college student—and an American citizen.

Rebuilding a culture of free expression will not be easy. These suggestions are just a beginning.

If Cornell wants “To Do the Greatest Good,” as its motto says, it needs to get back to basics and embrace free expression and intellectual diversity in both word and deed. Eyes now turn to see if President Pollack will lead the way.

This article was originally published by RealClearEducation and made available via RealClearWire.