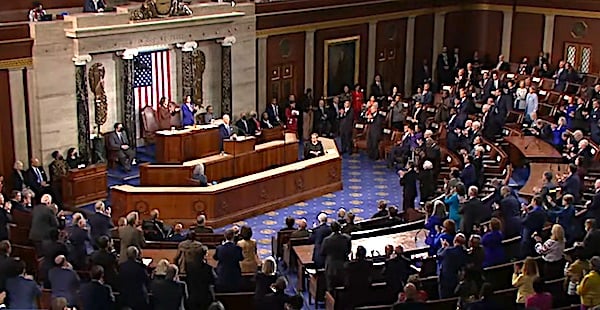 A day after the 2022 "Election Day" concluded, control of the U.S. House of Representatives remains undecided because several dozen races remain unresolved.

Two hundred eighteen seats are needed for a majority, and Republicans were forecast by analysts to end up with about 225 to 228.

If the Republicans become the majority, by getting a minimum of just 11 more seats, Nancy Pelosi no longer would be speaker, losing her privileges, special status and extra pay.

Among other changes that would loom.

Instead, investigations of Anthony Fauci and COVID. And Hunter Biden and his laptop. Possibly even Joe Biden and those payments to the Biden family empire that appear to have come from unusual sources in China and Russia.

Further, Joe Biden's spending will be tempered by the GOP agenda and its priorities. Unless, of course, Biden jumps off into the ocean of random executive orders more.

And don't forget impeachments. Some GOP members already have discussed using it as a political tool against Biden, as Democrats did against President Trump. A simple majority in the House could leave Biden, as Pelosi charged against Trump, "impeached forever," even though involuntary removal from office would be unlikely.

Others are saying it should be used legitimately to remove some of Biden's appointees, the ones Republicans say are straying far beyond their constitutional authority.

The BBC reported, "With any form of majority, Republicans will be able to slam the door shut on the Democratic legislative agenda and ramp up investigations into the Biden administration. That is a win by any measure."

The numbers in the House were lining up for Republicans even despite Biden's whole-of-government agenda to recruit voters from Democrat-leaning groups, and many of the questionable procedures regarding mail-in ballots and such used during 2020 still in place in states.

Control of the Senate remained dependent on the last few races that still had not been called. That perhaps more than a lot of other factors documented the deep divisions that exist across America between the parties.

While Biden boasted of becoming a "unifier" during his campaign for the presidency, his actions have done exactly the opposite, pushing far apart the two sides with his agenda for abortion, transgenderism, an open southern border and huge deficit spending.

Then there was his insistence that conservatives are "semi-fascists" and that voting against a Democrat was voting against democracy itself, even though the United States is a republic.

The House flip to the GOP may well foretell bad news for Democrats in the next presidential race, just two years out, too.

It may be that Joe Biden runs; maybe not.

But, voters blame him, along with his party, for high prices, inflation, and more.

Fox Business reported majorities of voters blamed Biden for rising consumer prices, identifying that as the single most important issue for them.

"The Fox News Voter Analysis election survey showed that 51% of voters nationwide characterize increasing prices for gas, groceries and other goods as the single most important factor in deciding how to vote. Another 42% said rising prices are an important factor, but not the most factor," the report explained.

"Of the voters who said inflation is the largest factor, 63% backed the Republican candidate in their House district while 33% voted for the Democrat."

Further, a majority blamed Biden's policies for inflation, and 81% of those individuals "went for the Republican," the report said.

It continued, "About 157 million Americans, roughly 61% of the nation's population, are living paycheck to paycheck because of high inflation, survey data from Lending Club showed. That number is up from 55% recorded in June 2021."

The GOP advance got started with a non-voting U.S. congressional delegate from Guam.

Because of the time zones, that election was final early Tuesday, and had Republican James Moylan, a senator in the island's legislature, defeating Democrat Judith Won Pat.