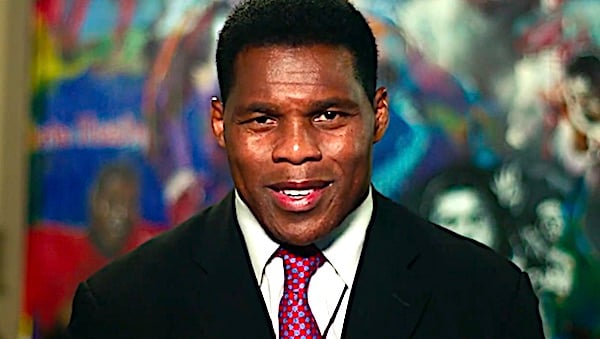 Control of the Senate could once again be decided by a Georgia runoff, with neither incumbent Democratic Sen. Rafael Warnock nor Republican challenger Herschel Walker garnering 50% of the vote.

Earlier Wednesday, Dr. Mehmet Oz conceded the Pennsylvania race to Democrat John Fetterman, meaning the GOP has lost a seat in its bid to regain the majority. In the final days before the election, Fetterman, who suffered a serious stroke in May, signaled that the outcome of his race might not be known for days as all the votes are counted. On Monday, after hiring controversial Hillary Clinton lawyer Marc Elias, he filed a federal lawsuit contending mail-in ballots with an incorrect or missing date should be counted.

Oz said in a statement that he called Fetterman Wednesday morning and congratulated him. 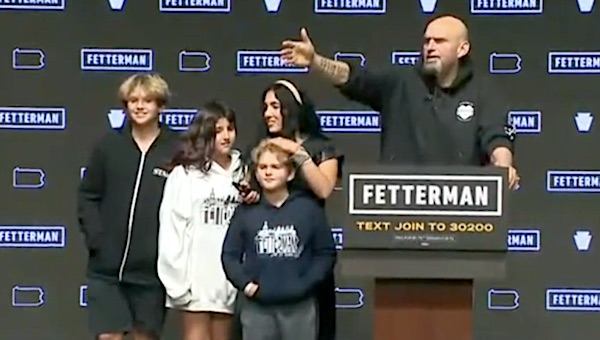 TRENDING: Tucker Carlson: 'Everybody in power is panicked over this'

"I wish him and his family all the best, both personally and as our next United States Senator," he said. ... "We are facing big problems as a country and we need everyone to put down their partisan swords and focus on getting the job done."

With the Republicans' failure to hold the Pennsylvania seat, the party's hope of winning back the Senate may rest with Herschel Walker in Georgia. But that race is too close to call and appears to be headed for a runoff Dec. 6. Georgia law requires a candidate to win more than 50% of the vote.

Warnock was one of two Democratic runoff winners in Georgia in January 2021 that enabled Democrats to take control of the Senate with 50 seats. Warnock is up for reelection because he is completing the term of Republican Johnny Isakson.

Warnock leads Walker by about 35,000 votes. The runoff would eliminate Libertarian Party candidate Chase Oliver, who has 80,895 votes.

"We're in a fight," Walker told supporters at his election party Tuesday night, urging them to "hang in there a little bit longer."

"We got more to say," Warnock told his supporters. "We always knew that this race would be close. And so, that's where we are. So y'all just hang in there. I'm feeling good."

Real Clear Politics has the current Senate seat count knotted at 48-48, with the races in Georgia, Nevada and Arizona still undecided. RCP has the Pennsylvania raced as undecided but leaning Democrat.

In Nevada, Republican Adam Laxalt led 49.9% to 47.2% over incumbent Democratic Sen. Catherine Cortez-Masto late Wednesday morning, with 80% of the vote reported. In Arizona, amid vote-counting delays in Maricopa County, Democratic Sen. Mark Kelly had a 51.4% to 46.4% over Blake Masters, with 62% of votes counted. Masters is expected to take a majority of the remaining vote, but the race is considered a tossup.

'This race is over'
Meanwhile, in Wisconsin, Republican Sen. Ron Johnson – a prominent critic of the pandemic response who is leading an investigation of the Biden family influence-peddling business – is ahead of Democratic Lt. Gov. Mandela Barnes by 27,374 votes with 99% of the vote counted.

On Wednesday, Johnson criticized "corporate media" for refusing to call the race.

"The votes are in. In all Democrat strongholds, municipalities are reporting 100% of wards are in and counted," he tweeted. "There are some counties that have anywhere from 3-10% of the votes outstanding."

Johnson emphasized there is "no path mathematically" for Barnes.

"This race is over," he said, claiming victory.

"I want to thank my family and everyone who supported me and worked so hard to save this U.S. Senate seat." he said. "I will do everything I can to help make things better for Wisconsinites and to heal and unify our country."

Republican Sen. Marco Rubio of Florida began Tuesday night's vote counts across the nation with a resounding 16-point victory over impeachment manager Rep. Val Demings. He no doubt was aided by GOP Sen. Ron DeSantis, who after winning the governorship four years ago by a razor-thin margin against a far-left opponent, won reelection Tuesday night by nearly 20 points over former Republican Charlie Crist. 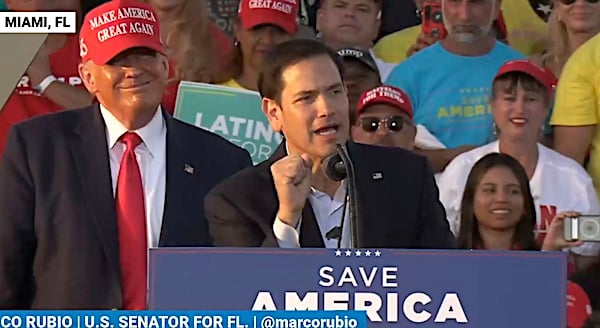 Republicans who have won reelection to the Senate include Mike Crapo in Idaho, John Kennedy in Louisiana, Jerry Moran in Kansas, Tim Scott in South Carolina, Rand Paul in Kentucky, John Boozman in Arkansas, Todd Young in Indiana, James Lankford in Oklahoma, John Hoeven in North Dakota and John Thune in South Dakota.

Newcomer Katie Britt, former president and CEO of the Business Council of Alabama, has retained a Republican seat in Alabama, defeating Democrat Will Boyd.

In Washington, opinion polls indicated newcomer Tiffany Smiley had a chance to unseat Democratic Party stalwart Patty Murray. But with 56% of the vote in, Murray is the projected winner, holding a 56.9 to 42.9 lead.

Report: Vast majority of Americans should wait until age 70 to collect Social Security