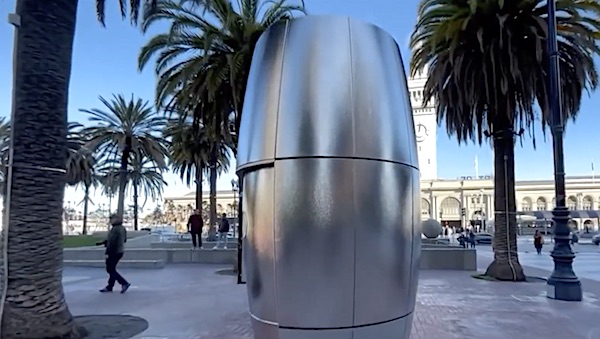 A well-publicized, futuristic-looking new public toilet in San Francisco only operated for a few days before technical issues reportedly shut it down temporarily during the weekend, according to the San Francisco Chronicle.

JCDecaux, a street furniture and advertising company, installed the toilet that opened in Embarcadero Plaza Wednesday, one of 25 to be set up in the area in exchange for advertising kiosks as part of an agreement with the San Francisco Public Works Department (PWD), the outlet reported. PWD Deputy Policy and Communications Director Beth Rubenstein said the facility closed for about two hours over the weekend during its normal 9 a.m. to 5 p.m. operational period.

The toilet had been used around 400 times by the following Monday, Rubenstein told the Chronicle.

Officials say the toilet will not cost the city any money, according to the outlet. JCDecaux is set to pay for its upkeep and cleaning.

California has already granted $1.7 million in funding toward a different public toilet in San Francisco’s Noe Valley Town Square that is not projected for completion until 2025, Chronicle columnist Heather Knight. That toilet’s design was not yet finalized by Oct. 26, and the PWD and San Francisco Recreation and Parks Department blamed its price tag partially on the city’s high construction costs.

JCDecaux and the San Francisco PWD did not immediately respond to the Daily Caller News Foundation’s request for comment.