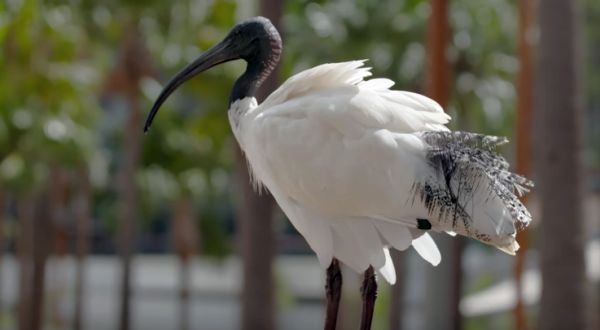 (BBC) – There are few Australian animals more reviled than the white ibis. It has earned the moniker "bin chicken" for its propensity to scavenge food from anywhere it can – messily raiding garbage and often stealing food right out of people's hands.

But the native bird may have figured out how to overhaul its bad reputation. It has developed an "ingenious" method of eating one of the only animals Australians hate more - the cane toad, a toxic and pervasive pest.

First introduced to Australia in the 1930s, cane toads have no natural predators in the country and have wrought havoc on native animal populations. The toad's skin contains venom which it releases when threatened, causing most animals that come into contact with it to die quickly of a heart attack.