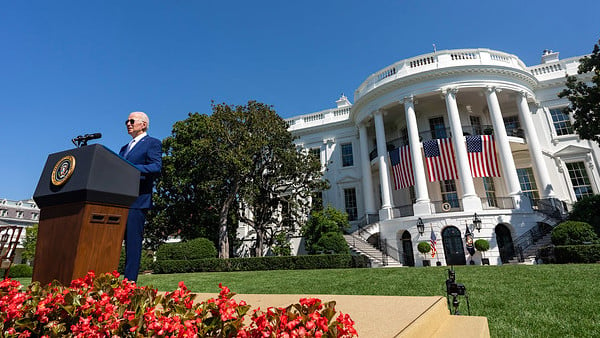 Mark Zuckerberg has disclosed Facebook suppressed the bombshell evidence on the Biden family's global influence-peddling operation just before the 2020 election after an intervention by the FBI.

Twitter and other social-media outlets joined in the censorship as 51 former senior intelligence officials signed a letter dismissing the evidence reported by the New York Post, saying it "had all the classic earmarks of a Russian information operation."

Now, establishment media, including the New York Times and Washington Post, have acknowledged the laptop belonged to Hunter Biden and the damning communications on it are authentic.

On Thursday, with FBI Director Christopher Wray before the Senate Homeland Security Committee, Sen. Ron Johnson, R-Wis., wanted to know if there is going to be any accountability. 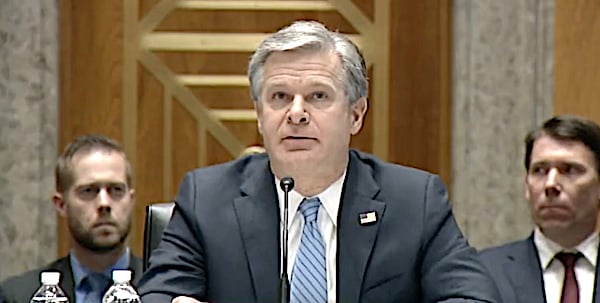 Johnson asked Wray if he had read the reports the Wisconsin senator issued in September 2020, just before the presidential election, with Sen. Charles Grassley, R-Iowa, on "Hunter Biden's corruption."

"I have had a chance to look at it," Wray replied.

"Do you see any, any sign of Russian disinformation in those reports?" Johnson asked.

The FBI director paused. "That would be a hard question for me to answer," he finally said.

"No," Johnson interjected. "It's a very easy answer. There is no Russian disinformation. That report is completely clean of any interference or foreign influence."

The senator said the letter by 51 former intelligence officials "interfered in the 2020 election to a far greater extent than anything Russia or China ever could have hoped to accomplish."

The evidence of interference, he told Wray, "has to be investigated."

"I have no faith that you will do so," Johnson concluded.

Asked @FBI Dir. Wray if he saw any sign of Russian disinformation in my report on Hunter Biden’s corruption.

His response: 😳“That’s a hard question for me to answer”

This is an easy question with an easy answer - no Russian disinformation or foreign influence.

See Sen. Johnson charge the FBI interfered in an election to a far greater extent than Russia or China:

The @FBI tried to paint the revelations in the Hunter Biden laptop as "Russian disinformation," interfering in the 2020 election to a far greater extent than anything Russia or China ever could have hoped to accomplish.

This corruption must be investigated and exposed. pic.twitter.com/F6oZZGBCL2

Hawley: "So you were going on vacation?"

Wray: "I was, yes" pic.twitter.com/RZLlvdoKwN

See the full five-minute segments of questioning by Sens. Johnson and Hawley:

After the hearing, Johnson spoke with Fox News host Sean Hannity, who asked how deep the corruption goes.

The senator began by pointing out that under Wray's watch, beginning in 2017, the FBI told the Senate intelligence committee in March 2018 the Steele dossier "had integrity even though they knew it was tainted with Russian disinformation."

"Under his watch, the FBI obtained Hunter Biden's laptop in December 2019 and did nothing with it. Under his watch, according to whistleblowers, they developed a scheme in August of 2020 to downplay the derogatory information to deep-six the investigation," Johnson continued.

"Under his watch in that same month, they provided an unsolicited briefing to Senator Grassley and myself," he continued. "It was a nothing briefing. I knew it was a setup and it was a setup because nine months later, they leaked at the Washington Post to smear me and therefore interfered in the 2022 Wisconsin U.S. Senate election.

"His primary job is as the new director was to clean up and restore integrity and credibility of the FBI. He has failed miserably," the Wisconsin senator said.

I don't believe a word he says, and that's unfortunate."

Last Wednesday, House Republicans made it clear that one of the their priorities will be to investigate "the Biden family" and the focus will not be Hunter Biden.

"This is an investigation of Joe Biden, the president of the United States," said Rep. James Comer, R-Ky., who is in line to become chairman of the House Oversight and Reform Committee.

It's a probe, the lawmaker continued, about why President Biden "lied to the American people about his knowledge and participation in his family's international business schemes."

"National security interests require the committee conduct investigation and we will pursue all avenues – avenues that have long been ignored," he said.

"What we found are business plans aimed at targets around the world based on influence peddling, including with people closely tied to foreign governments like China and Russia," Comer said. "We also found plans based in the United States where the Biden family swindled investors of hundreds of thousands of dollars — all with Joe Biden’s participation or knowledge."

Comer said that in the 118th Congress, "this committee will evaluate the status of Joe Biden's relationship with his family's foreign partners and whether he is a president who is compromised or swayed by foreign dollars and influence."

In a news release, Comer said "the Biden family business model is built on Joe Biden’s political career and connections with Joe Biden as the 'chairman of the board.'"

"Biden family members sold access for profit around the world to the detriment of American interests," he said. "If President Biden is compromised by deals with foreign adversaries and they are impacting his decision making, this is a threat to national security. The American people deserve transparency and accountability about the Biden family’s influence peddling. With the new Republican majority, Oversight Committee Republicans will continue pressing for answers to inform legislative solutions to prevent this abuse of power."