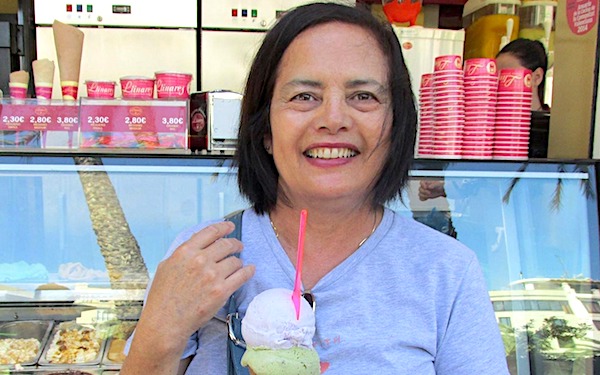 Willard Miller and Jeremy Goodale, both 17-years-old, have been charged with murder of Fairfield High School Spanish teacher Nohema Graber, according to court documents filed by Jefferson County Attorney Chauncey Moulding and Assistant Iowa Attorney General Scott Brown. Miller had allegedly met with Graber regarding a poor grade just hours before she was killed.

“The poor grade is believed to be the motive behind the murder of Graber which directly connects Miller,” the court documents stated.

In Nov. 2021, Graber drove to a park where she normally took walks and two males were seen leaving the park driving her van, the documents stated. The teacher was beaten to death with a baseball bat and her body was found under a tarp in a wheelbarrow in Fairfield park.

Goodale allegedly bragged to a friend on Snapchat that he and Miller, who were 16-years-old at the time, had killed Graber, the documents stated. The documents revealing the students’ motive were filed ahead of a Wednesday hearing over whether evidence from Miller’s home and information from Snapchat should be suppressed in the case.

Miller first denied playing any role in Graber’s death, stating that “he had knowledge of everything but did not participate,” blaming the murder on a “roving group of masked kids,” the documents stated. Miller said the kids who killed Graber made him drive and help hide Graber’s body.

Moulding and Brown did not immediately respond to the Daily Caller News Foundation’s request for comment.

WND News Services
These reports are produced by another news agency, and the editors of WND believe you'll find it of interest.
Suicide bombing kills at least 34, wounds 150 as people were praying
TikTok CEO to testify in front of Congress
'Unhinged': In post-Roe America, Republicans and Dems fight ferociously on abortion
'Bloody spring and summer': U.S., Ukraine clash over battle strategy
WATCH: Taylor Swift casts transgender as her love interest in latest music video
See more...