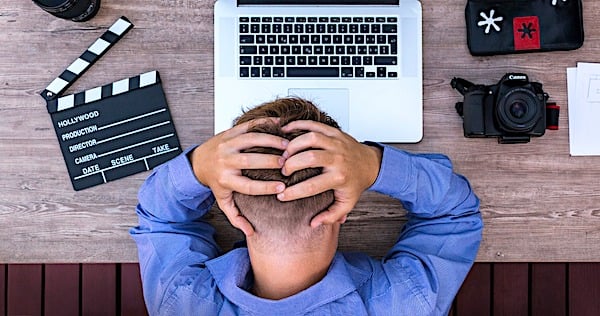 (Image by Lukas Bieri from Pixabay)

Tax records contain some of the most personal details that a person has. Alimony? Income? Spending on medicine? Many of those items and more are there.

So what is creating concern is a report from The Verge that tax preparers, including TaxAct, TaxSlayer, H&R Block and more, "have been quietly transmitting sensitive financial information to Facebook."

The Verge cites the documentation from The Markup that explains data, "sent through widely used code called the Meta Pixel," lists names, email addresses and a vast range of private financial information, even to include dependents' college scholarship amounts.

The Verge report noted its article was copublished with The Markup, which is a "nonprofit newsroom" investigating powerful institutions.

"The information sent to Facebook can be used by the company to power its advertising algorithms and is gathered regardless of whether the person using the tax filing service has an account on Facebook or other platforms operated by its owner Meta," The Verge explained.

The Markup investigation discovered that the Internal Revenue Service handles about 150 million individual returns that are filed electronically each year, and some of the common services use the secret information sharing program.

The Verge said, "When users sign up to file their taxes with the popular service TaxAct, for example, they’re asked to provide personal information to calculate their returns, including how much money they make and their investments. A pixel on TaxAct’s website then sent some of that data to Facebook, including users’ filing status, their adjusted gross income, and the amount of their refund, according to a review by The Markup. Income was rounded to the nearest thousand and refunds to the nearest hundred. The pixel also sent the names of dependents in an obfuscated — but generally reversible — format."

Are you concerned about your personal details being leaked to Facebook by tax preparers?
94% (88 Votes)
6% (6 Votes)

Some of the services also send information to Google, the report confirmed.

The report explained, "The Markup also found the pixel code on a tax preparation site operated by a financial advice and software company called Ramsey Solutions, which uses a version of TaxSlayer’s service. That pixel gathered even more personal data from a tax return summary page, including information on income and refund amounts. This information was not sent immediately upon visiting the page but only when visitors clicked drop-down headings to see more details of their report."

A statement from Megan McConnell, of Ramsey Solutions, said, "We did NOT know and were never notified that personal tax information was being collected by Facebook from the Pixel. As soon as we found out, we immediately informed TaxSlayer to deactivate the Pixel from Ramsey SmartTax."

Jon Collins of the Electronic Frontier Foundation said the practice of embedding secret monitors to collect information about people who visit or use a site is "ubiquitous."

Just the News reported on the situation that the scheme is used by companies "to power" their advertising.