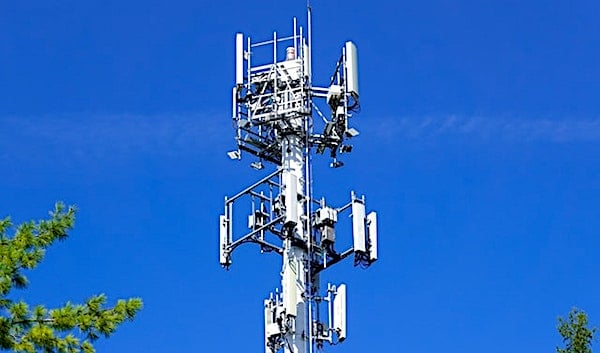 (Photo by Jeremy Bezanger on Unsplash)

The new rules, prohibiting U.S. sales and imports of equipment from companies including Huawei and ZTE, are the first to be implemented on the grounds they pose “unacceptable risk to national security,” FCC Commissioner Brendan Carr said Friday. U.S. authorities have expressed concerns that Beijing could exploit the companies’ telecommunications installations across the country to collect data from U.S. sites, including nuclear and military sites in the U.S.

“While we’ve flagged equipment as posing a national security risk, prohibited companies from using federal funds to purchase them, and even stood up programs to replace them, for the last several years the FCC has continued to put its stamp of approval on this equipment through its equipment authorization process,” FCC Chairwoman Jessica Rosenworcel said in a statement.

“But that does not make any sense,” she added.

The FCC’s new regulations prohibit authorization of any new equipment from companies already listed on an existing log of communications and services that the FCC determines pose an “unacceptable” national security threat, and includes Huawei, ZTE, Hytera, Hikvision and Dahua.

Do you agree with this ban on Chinese telecommunications equipment?
98% (65 Votes)
2% (1 Votes)

The decision “sounds the death knell for all five companies and their operations in the United States,” Conor Healy, strategy and public affairs manager at surveillance research firm IVPM, told the Daily Caller News Foundation.

“This decision was not taken lightly,” Healy added. “This is one of the few issues in the last couple of years that Republicans and Democrats completely agree on, and the reason for that is that the security threats are real.”

An FBI investigation in July found that Huawei equipment on cell towers could potentially capture Department of Defense communications, including those related to nuclear launch sites, CNN reported.

However, the investigation preceded CNN’s reporting in July; concerns over Beijing co-opting Chinese-made communications technology, and the resulting federal probes, extend to at least the Obama administration, according to CNN, and intensified under the Trump administration.

The investigation may not have definitively proven that Huawei equipment actually intercepted classified communications and relayed them back to China, a relatively difficult task, sources familiar told CNN.

However, Carr, the senior Republican on the Federal Communications Commission (FCC), told Reuters in July that Huawei equipment near military bases, including Malmstrom Air Force Base in Montana, could allow the Chinese government to surveil troop movements and other electronic activities. This could give away preparations for any future missile strike on China, he added.

The Commerce Department subpoenaed Huawei in April 2021 for disclosures on the technology giant’s data collection and sharing policies, according to a 10-page document seen by Reuters. Huawei could access information related to cell phone usage, including message contents and geolocation data.

Today, the FCC takes an unprecedented step to safeguard our networks and strengthen America’s national security.

Our unanimous decision represents the first time in FCC history that we have voted to prohibit the authorization of new equipment based on national security concerns. pic.twitter.com/wwCxZmTPJv

Huawei and the Chinese Embassy in the U.S. did not immediately respond to the DCNF’s request for comment.