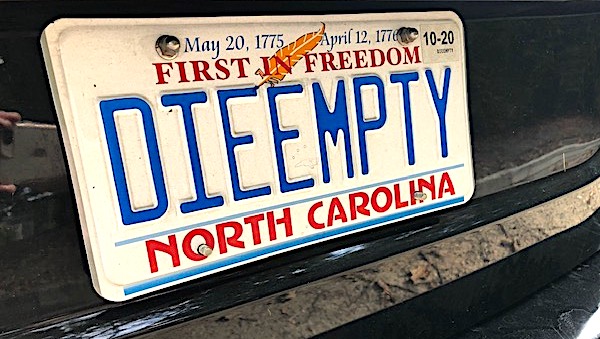 Three Border Patrol agents died by suicide in the two week period, the first two in the Rio Grande Valley sector, the third in the El Paso sector on Sunday and the fourth, a CBP officer, also on Sunday, Moreno told the DCNF. The surge in suicides comes as CBP personnel experience low morale amid record illegal migration ushered in by several Biden administration border and immigration policies.

An increasing number of agents taking their own lives led the agency to hire the first suicidologist, Dr. Kent Corso, to step in at the first half of 2021. Corso is conducting an investigation into the incidents, according to Moreno, who recently traveled with Corso to the Rio Grande Valley sector where he spoke with agents about losing their colleagues.

“Under the current administration, we are not allowed to do the full functions of the Border Patrol, the enforcement aspect,” Moreno said, citing conversations with “distraught” colleagues of the deceased agents.

Are the policies of Joe Biden and Democrats directly responsible for the surge in Border Patrol suicides?
100% (30 Votes)
0% (0 Votes)

“It is concerning that two individuals, hardworking Americans, fathers, patriots, law enforcement officers, co-workers and friends took their own lives days apart from the same sector,” Moreno said of the two agents who died by suicide in the Rio Grande Valley sector.

CBP began tracking suicides in fiscal year 2007 and just two years later, suicides peaked at 14, according to Moreno. A Border Patrol agent, who requested anonymity as they were not authorized to speak, echoed complaints Moreno said other agents had expressed.

Having to increasingly release the illegal migrants they once “tracked and arrested” has placed more stress on the agents, the agent told the DCNF.

“Since the Biden administration came into office, we lost our purpose,” the agent said.

“We know the long term effects that this surge of illegal immigration will have on the country. The country will be a larger scale of what sanctuary states have given a glimpse of. The lawlessness created by government-funded support programs will destroy our education and medical structures,” the agent said.

On top of surging suicides, the force has seen an increase in domestic violence situations and alcohol abuse, the agent explained.

“No support program will fix this. We need our purpose back,” the agent concluded.

When agents express mental health struggles, they’re sent to a “fit for duty” program, where they are forced to hand over their badges and guns, Moreno said. During that time, agents are made to work on administrative tasks in a designated area, where it’s obvious to their colleagues that they came forward with thoughts of suicide.

“The workforce sees it as fatal. It’s the guillotine to their career, so they’re afraid,” Moreno said.

“We’re asking that this come to light. Have a program and policies that if an employee comes forward because they’re already struggling, don’t put more stressors on him or her. Don’t shame them. Don’t put them in the corner in public view. You’re just adding to the stress,” he said.

CBP didn’t respond to the DCNF’s requests for comment.