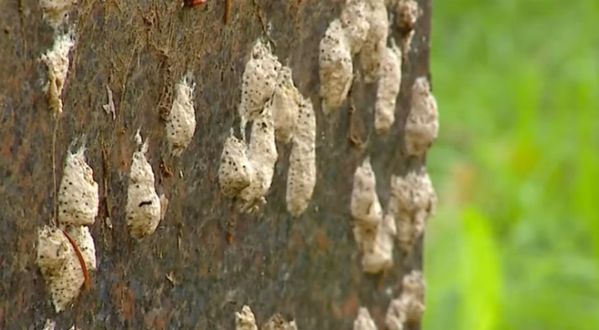 (FOX NEWS) – U.S. customs officials inspected a sea vessel from China recently and discovered an invasive species on board that could have inflicted widespread damage to the country’s landscape and natural resources.

Agriculture specialists with U.S. Customs and Border Protection (CBP) discovered four Asian gypsy moth (AGM) egg masses on a Panamanian bulk carrier in Laplace, Louisiana, in late September. The vessel was targeted for inspection because it had docked at AGM high-risk areas in China the month prior.

The suspected AGM egg masses were found on the exterior surface of the vessel and railing on both lower and main decks, CBP said. U.S. officials ordered the vessel to leave the port and anchor out of U.S. waters for cleaning and disinfection.