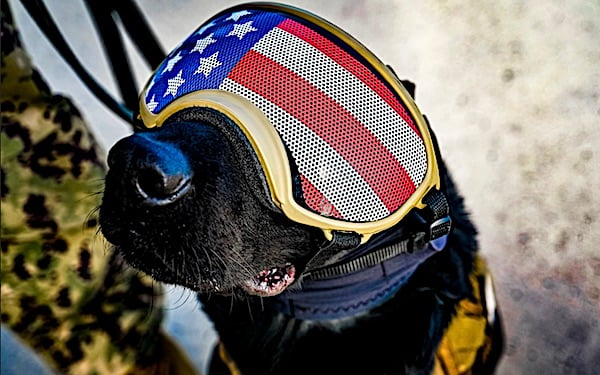 America's Constitution assures citizens of freedom of religion, even the freedom to exercise one's faith, but a new commentary from the Washington Examiner is warning that's gone.

In fact, American society now is "inching toward an increasingly illiberal society, one in which, as Canadian Prime Minister Justin Trudeau suggested to his citizens, will 'move beyond 'tolerate,' and start embracing, and loving, and accepting.'

"If mere tolerance is bigotry, and embracing whatever lifestyle someone else chooses is the only way to love them, then any group with beliefs short of supporting the whole LGBTQIA+ agenda is unacceptable," explained the commentary from Assistant Contributors Editor Madeline Fry Schultz.

"If this trend continues, we risk having socially acceptable opinions beaten into us by a tyrannical and narrow-minded culture, but it won’t be the religious Right; it will be the new religion of 'embracing, and loving, and accepting.'"

Leftists long have condemned the "religious right" in America for being intolerant, but its members actually are only following their religious tenets, and encouraging others to adopt them.

In recent years it's been leftists who have tried to force those of faith to live by the leftist ideology. Those situations include the Masterpiece Cakeshop case from Colorado where leftists tried to force a Christian baker to violate his faith by promoting their LGBT ideology, and many others that are similar.

Schultz wrote, "Pluralism is dead, and if you want evidence, just talk to the Left following any national tragedy. On Saturday, Nov. 19, a deranged shooter entered Club Q, a gay and lesbian nightclub in Colorado Springs, and killed five innocent people, injuring 19 others. A horrific incident such as this should be an opportunity for both political parties to come together in support of a grieving community. But, of course, one side had to point fingers immediately."

Are those who preach tolerance for their own perverse lifestyles the most intolerant people of all?
98% (154 Votes)
2% (3 Votes)

For example, Rep. Alexandria Ocasio-Cortez, D-N.Y., blamed "an anti-LGBT+ campaign" for the violence, and "Vice ran an article about how 'the point' of the Right’s opposition to radical gender and sexuality policies was to cause mass shootings."

Meanwhile, the alleged killer, in turns, out, is "nonbinary."

"All it takes to get slapped with the 'hateful bigot' label now is a traditional Christian view of sexuality. That’s why, following the Left’s knee-jerk blaming of the GOP and Christians for the attack, a Christian group was vandalized."

That vandalism happened at Focus on the Family in Colorado Springs, even though spokesman Jim Daly said, "We must condemn in the strongest terms possible the taking of innocent life. Our hearts break for those families who have lost loved ones and who are suffering this unimaginable tragedy."

Newsweek even suggested, without evidence, that there could be a "connection" between the suspect and the Christian organization.

The commentary said America should allow the "gay lifestyles" as well as those "who believe that those lifestyles run contrary to their religious beliefs."