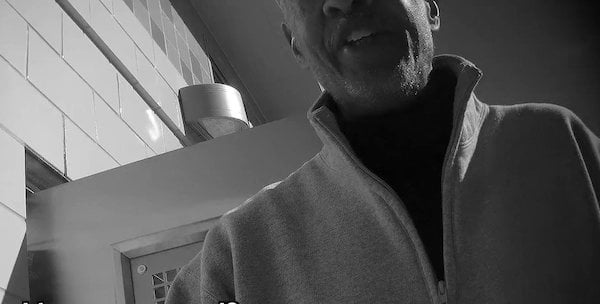 A Philadelphia poll worker is captured on hidden camera in what Project Veritas describes as "illegal electioneering" Nov. 8, 2022 (Video screenshot)

Later, he points to the name of Fetterman's Republican opponent, Oz, in a list of candidates pinned to the wall and says, "We're scared of him."

Philadelphia County's training guide for election board officials, Project Veritas points out, includes "Handing out campaign materials" and "Telling voters which candidates to support" as examples of illegal electioneering. In addition, O’Keefe says, at the entrance of the polling center were pro-Fetterman and pro-Shapiro campaign posters.

"So don't vote for them?" the uncover journalist asks.

Another committee person identified as James Harrison says, "I just help out whoever, the majority of the community supports."

Harrison replies, "If you vote Democrat, all of them are the Democratics. They only got one against one."