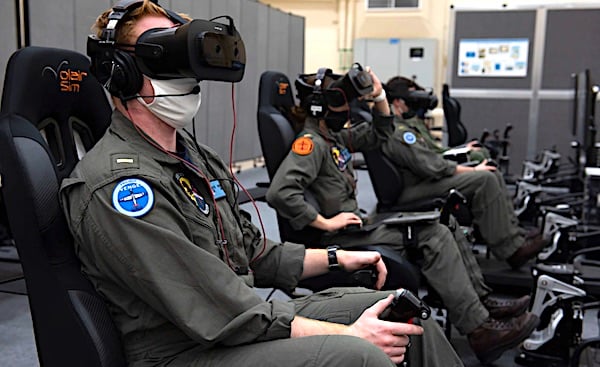 Twisted or warped or just sick. Take your pick of descriptions. But a new idea from an extremist gaming promoter likely would become a favorite only among those people who really relish the idea of participating in a fatal Russian roulette episode.

Or facing off against a gladiator who is determined that the battle isn't over until his opponent is dead.

Or other such gruesome ways to death.

For most gamers, this idea goes way, way, way too far.

It's documented in a report from the Daily Mail, which explained it is the founder of Meta's Oculus platform who has described a "NerveGear" creation that "instantly 'destroys the brain' of the user when they die in a virtual game."

Palmer Luckey, the Oculus founder, claims his plans are for a VR headset that could kill you.

"It looks like a normal headset apart from the three terrifying 'explosive charge modules' that are pointed at the user's skull," the report explains. "When the user dies virtually during gameplay, the modules fire at their head, killing them instantly at the same time."

The report noted that Luckey admitted the device isn't finished, and he expects "trouble" getting clearance for its use even if he finishes it.

But in a blog post this week, he warned, "If you die in the game, you die in real life."

"The good news is that we are halfway to making a true NerveGear The bad news is that so far, I have only figured out the half that kills you. The perfect-VR half of the equation is still many years out," he explained.

He said his "NerveGear" "perfectly recreates reality using a direct neural interface that is also capable of killing the user. The idea of tying your real life to your virtual avatar has always fascinated me – you instantly raise the stakes to the maximum level and force people to fundamentally rethink how they interact with the virtual world and the players inside it."

He noted, "This is an area of videogame mechanics that has never been explored, despite the long history of real-world sports revolving around similar stakes."

Then he turned ominous: "At this point, it is just a piece of office art, a thought-provoking reminder of unexplored avenues in game design. It is also, as far as I know, the first non-fiction example of a VR device that can actually kill the user. It won’t be the last."