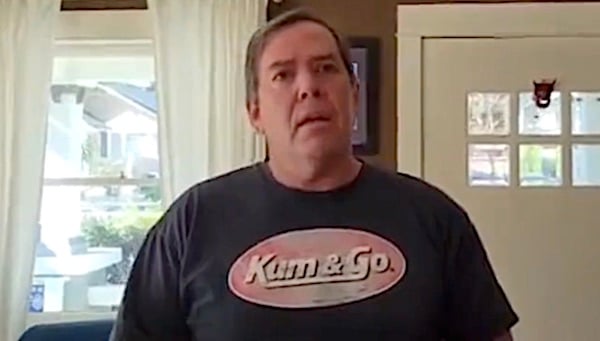 A California high-school teacher, also a former teachers' union president and an adviser to a gay club, has appeared, unwillingly, in a video denying he had a conversation with an underage boy about sex.

But the boy's older brother has the evidence on video.

It is the Gateway Pundit that posted the story.

And the video is here:

The report explains the suspect is Roger Kavigan, who teaches history at Foothill High in Tustin, California.

The report charges he was "caught soliciting an underage boy on November 19, 2022, and "According to the 'Save Our Schools, Orange County' group, Kavigan has allegedly been caught sending inappropriate pictures and texts to a minor."

"In the video, the student’s older brother reportedly posed as a minor in order to confront the teacher about sending sexually explicit materials to his minor sibling."

Supt. Mark Johnson, of the Tustin Unified School District, said the district was "made aware" of alleged misconduct by an employee and it immediately called Child Protective Services and law enforcement.

"While we cannot comment on any specifics, as the investigation is ongoing, any educator misconduct will be dealt with to the maximum extent possible, under applicable rules for due process related to disciplinary action."