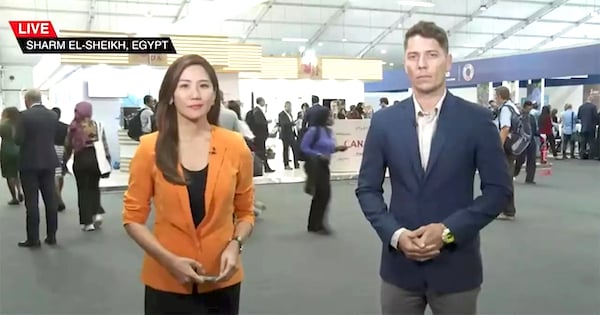 A reporter at the United Nations Climate Change Conference in Egypt passed out during a live broadcast, drawing global attention amid an apparent rise in reports of otherwise healthy people collapsing and in many cases dying "suddenly" or "unexpectedly."

Julie Yoo, reporting Nov. 9 for Channel NewsAsia, was "feeling a little unwell due to dehydration and low blood sugar," according to her employer, Singapore-based Mediacorp.

However, many others have not fared well, as a sampling of news reports since Friday attest:

Others were reported to be recovering:

McCullough, in a recent video interview with WND, pointed out that in the past, long before the COVID vaccines, athletes who died sudden typically were diagnosed with hypertrophic cardiomyopathy, an abnormal thickening of the heart, or premature heart blockage. Now, athletes are thoroughly screened to rule out those conditions.