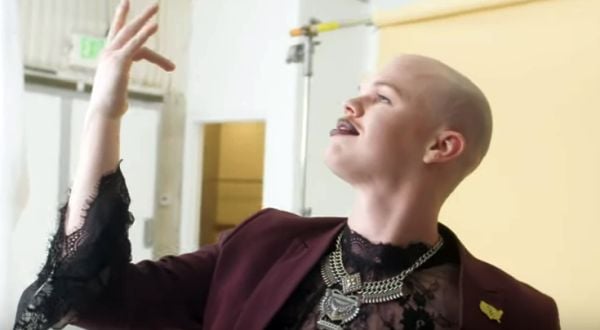 The U.S. Energy Department, under Joe Biden’s leadership, is confirming that a cross-dressing radical whose fetishes include pretending people are dogs is on leave after he was accused of stealing a $2,300 suitcase and using it for multiple trips himself.

But they are refusing to say whether there will be further punishment.

A report at the Federalist explained the DOE “won’t say whether it plans to fire Biden administration official Sam Brinton, who was charged with felony theft last month after he allegedly stole a woman’s roller bag from the Minneapolis-St. Paul International Airport.”

A statement from the DOE only said that someone else is doing his job as deputy assistant Secretary of Spent Fuel and Waste Disposition while Brinton is on leave.

“According to a criminal complaint reviewed by Alpha News, Brinton snatched the navy blue roller bag and its contents, worth $2,325, from the Minnesota airport baggage claim on Sept. 16 on a trip from Washington, D.C. After reviewing airport records confirming the bag’s arrival and surveillance footage of the incident, law enforcement determined that Brinton deliberately hid the woman’s luggage tag identifying the bag as hers in his own handbag.

”The complaint notes that Brinton, who did not check a bag of his own and did not have a valid reason to be in the baggage claim in the first place, ‘then left the area at a quick pace,’’ the report said.

Brinton later told several versions to police, including that he didn’t take it, that he took it because his clothes were inside, and that he took it, but it wasn’t his.

He admitted, eventually, he wasn’t “honest,” and that he “mistakenly grabbed the bag due to exhaustion.”

He later was seen using that bag as his own luggage.

Brinton claims he is “gender-fluid” and he’s in photographs posing in a women’s jumpsuit and wearing a necklace and heels.

According to the Washington Examiner. Brinton was also a member of a drag queen society called the “Sisters of Perpetual Indulgence,” and dressed up as a drag queen character called Sister Ray Dee O’Active, according to a 2018 Instagram post.

Brinton also enjoys engaging in “pup-play” as well as other forms of animal role-playing and sexual fetishes, one of which includes tying up a sexual partner and eating a meal on them while watching Star Trek, according to a 2017 article featured in the Rensselaer Polytechnic Institute’s student newspaper.