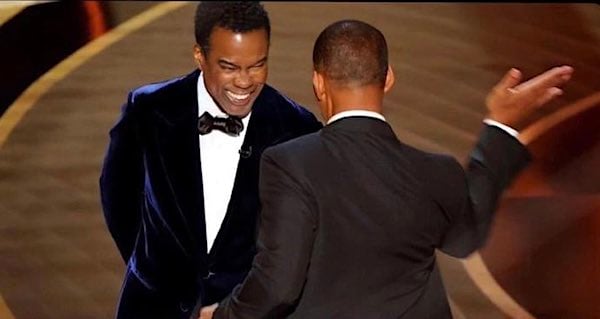 Will Smith, right, smacks comedian Chris Rock in his face during the live broadcast of the Oscars on Sunday, March 27, 2022. (Twitter)

(FOX NEWS) -- Actor Will Smith said he would "completely understand" if movie watchers are not "ready" to see his new film, "Emancipation," after he slapped comedian Chris Rock on stage at the Oscars earlier this year.

"Emancipation" is the first new Smith movie to be released since he slapped Rock in the face in March. Smith had slapped Rock in response to a joke the comedian made about Smith's wife, Jada Pinkett Smith, and her alopecia, an autoimmune disease that causes hair loss.

Since the incident, Smith has apologized multiple times and resigned as a member of the Academy.