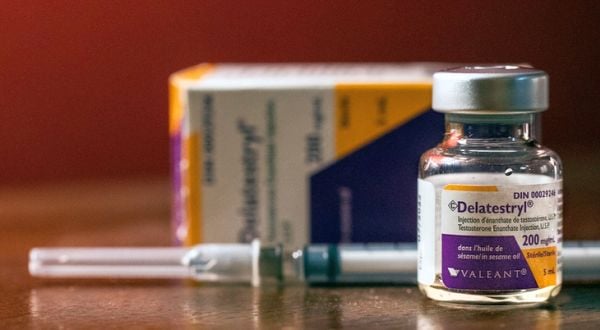 A young woman is suing Kaiser Permanente over cross-sex medical interventions allegedly she received there as a minor, including a double mastectomy and cross-sex hormones, according to her attorneys.

Chloe Cole went on puberty blockers and cross-sex hormones and received a double mastectomy to remove her breasts between ages 13 to 17 before she stopped identifying as transgender, according to her attorneys. Cole’s lawsuit alleges that Kaiser Permanente falsely told her and her parents she was at high risk for suicide if she didn’t socially and medically transition to the opposite sex; she is seeking damages for oppression, malice and fraud.

“This lawsuit is about finding justice for Chloe, who was victimized by medical professionals she should have been able to trust,” Harmeet Dhillon, one of the attorneys representing Cole, told the Daily Caller News Foundation. “Chloe’s doctors coerced her into a life-altering and highly invasive medical treatment by concealing from her less invasive treatment options and by lying to her about her condition.”

“My teenage life has been the culmination of excruciating pain, regret, and most importantly injustice,” Cole wrote in a press release. “It is impossible for me to recoup what I have lost, but I will insure no child will be harmed at the hands of these liars and mutilators. I am suing these monsters.”

“My breasts were beautiful, now they’ve been incinerated for nothing. Thank you, modern medicine.” My public comment at the Florida Board of Medicine meeting in Orlando today. pic.twitter.com/NUuouffjqM

Doctors allegedly told Cole’s parents that her gender identity issues would never go away and suggested she would commit suicide if they didn’t put her through drastic medical interventions to transition to the opposite sex, according to her lawyers.

“Would you rather have a dead daughter or a live son?” the doctors allegedly asked Cole’s parents, according to Cole’s attorneys.

Contrary to her doctors’ warnings, Cole’s gender dysphoria did resolve itself: she no longer identifies as transgender and is at peace with being female, but is now struggling with the lasting impact of having her breasts removed and taking off-label hormones, according to her attorneys. Females who take testosterone as part of the gender transition process develop a deeper voice, grow facial hair and changes to muscle distribution; the drug can result in permanent infertility, and its side effects are still not fully known, according to Kaiser Permanente.

“This predatory and barbaric behavior from medical professionals needs to stop. This lawsuit seeks justice for Chloe and hope for other vulnerable children across the country,” Dillon told the DCNF.

Kaiser Permanente did not respond to the Daily Caller’s request for comment.