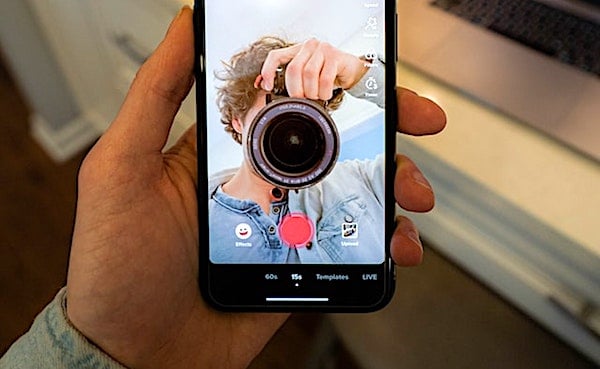 (Photo by Aaron Weiss on Unsplash)

It's like fentanyl, only for the mind, not body.

It's the Chinese-owned, social-media company TikTok and that conclusion comes from Peter Schweizer, president of the Governmental Accountability Institute, in a column at the Gatestone Institute, where he is a distinguished senior fellow.

"TikTok is a mobile app for sharing short videos, owned by a Chinese company called ByteDance. After five short years on the market, it has more than one billion users worldwide. The app has lived under deep suspicion for much of that time, as American cyber-security and counter-intelligence experts have warned about its enormous reach and direct connections to the Chinese Communist Party," he explained.

The Trump White House tried to ban it, and was joined by senators as "diverse" as Chuck Schumer of New York and Josh Hawley of Arkansas.

But, he said, nothing came of that.

Under Joe Biden, such concerns were dropped and the only issue now is its work with the government's Committee on Foreign Investment in the United States, which reportedly would try to require the company to store its data in the U.S.

But the company continues to refuse to confirm whether the data it collects is given to the Chinese Communist Party, and reports have confirmed that 300 workers at ByteDance, TikTok's parent company, worked previously for Chinese state media, or still do.

Its chief has emphasized "the need for the company to follow the guidance of the Communist Party."

"Its famous 'For You' video playlists are driven by powerful algorithms that are tuned constantly to feed you more of these 10-15 second video clips that you like and keep you glued to your screen. This is damaging to young brains, training them to demand fresh stimulation every 15 seconds, which discourages their ability to mentally focus, stay engaged on a single task, and pause for reflection. TikTok deliberately and effectively carpet-bombs their developing minds with the digital equivalent of another Chinese-made import: Fentanyl."

He pointed out that Senate Intelligence Committee Chairman Mark Warner, D-Va., recently agreed, with, "This is not something you would normally hear me say, but Donald Trump was right on TikTok years ago."

Schweizer said tech specialists worry over the threats to national security, and its role in information warfare threats.

"Beyond the security risks that have led government agencies and even some government contractors to ban the app from employees' work phones, TikTok also censors information sensitive to the Chinese Communist regime. It does this routinely in China, as we would expect, but also outside of China at the government's behest. Further, they note that the app circulated false information about the COVID-19 virus during the pandemic and believe China could potentially do so again as part of broader propaganda efforts to influence public discourse within the U.S."