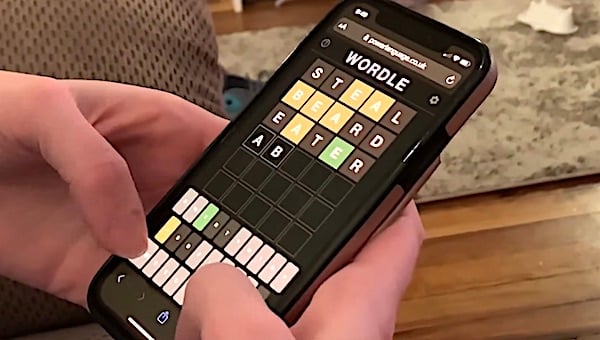 Living in a largely Democratic neighborhood, I have a deep dislike for election season. Every other year, when the yard signs come out, I learn anew which of my otherwise pleasant neighbors is a raving loon.


In the worst of years, 2008 comes to mind, my neighborhood comes alive on election night with the sound of beeping horns, fireworks and the occasional gunshot – music only to the ears of Satan.

In 2016, fearing the worst, I voted absentee and left the country. That proved to be so felicitous an idea, I did the same in 2018 and even forgot it was Election Day until late on the night of the election.

In 2020, I was grounded not by COVID, but by COVID mania. So I voted absentee and fled my home in Kansas City for my digs in rural Western New York State.

I spent three days in isolation watching "Schitt's Creek" reruns. Election night I shut down entirely. Checking the returns the next morning, I was instantly grateful for the anxiety I spared myself.

In 2022, I decided to stick it out at home. I avoided polls and predictions from day one, shut off Fox, Twitter, WND and all other news sources about 10 days ago, and embarked on a "Seinfeld" marathon to fill the void.

And if I woke during that stretch with a rogue moment of stress, I turned to Wordle for a brain cleanse. The New York Times delivers a new word every midnight, tailored to your time zone.

Wordle is a word game, named more or less after its inventor, a Welsh software engineer named John Wardle. He had created the prototype in 2013, but living in Brooklyn during the lockdown, he got serious about the game, likely to save his sanity.

Wardle's partner, a woman named Palak Shah, combed through the dictionary to find 2,500 of the five-letter words essential to the playing of Wordle. The game proved popular enough that the Times acquired it in January 2022, reportedly for something in the seven-figure range.

The game is pretty simple. When you open the game up online, you are looking at a grid five spaces across and six rows down with a keyboard below it. Your goal is to arrive at the five-letter word of the day with the fewest guesses possible.

To start, you enter a five-letter word of your choosing in the first row. The game is designed to display by color code which of the letters you selected, if any, will be found in the word of the day.

You don't need an app to play. Just Google "Wordle," and you will find your way to it. Given Wordle's ownership by the Times, someone is probably using your data for some nefarious end, but we are all so compromised by this point it almost doesn't matter.

There is an app, however, that allows you to post your play on Facebook or Twitter. Friends will not see your actual letters, but they will see your color-coded choices marked on your grid as well as your score.

The real point of posting Wordle scores on Facebook is not unlike that of posting vacation photos or cute pictures of your grandchildren. You want your friends to envy you. Just kidding, no not really.

The Times only posts one word a day, thank God, Otherwise we would all be addicts. The game is that infectious. It has particular value during election season because it purges your brain of all other thoughts while you play it.

On election morning, I woke up much too early needing a brain cleanse. Although a 4 guesses out of 6 is pretty much par, I had been on a 3/6 streak. On Election Day, I was looking for an omen. I am afraid I got one.

Given the day, I started with the letters IRONY. None of them lit up. Still in the spirit of the day, I went in the second round with STEAL. The S E L all showed green, the right letters in the right place.

Like all Wordle players, I hate these combinations. Without even looking hard, I knew the right word would be any one of four S*ELL words. Could be SWELL. Could be SMELL Could be SPELL. Could be SHELL.

My self-image was on the line, but at this point, it was like picking the winning race horse based on the color of the jockey's silks. Thinking SWELL the most interesting of the words, I chose it. Nope. Not SMELL either.

The designated word was SPELL. My fifth choice. I at least avoided the ignominy of a 6/6. The GOP seems to have avoided a 6/6 as well. Like me, they turned in a blah 5/6.

On the plus side, I started Wednesday morning with IRONY once more. Bingo! The R and I flashed gray, the N and Y green. RAINY was probably the easiest 2 I had ever gotten. I took that as an omen as well. On to 2024!

Jack Cashill
Jack Cashill has a Ph.D. from Purdue University in American studies. His lastest book is "Unmasking Obama."
Climate change stuns Rushdie attacker, Hadi Matar
Liz Cheney goes full Orwell in Epps defense
How Wordle got me through the 2022 election
Have we earned the right to be American?
No, the feckless Obama is not pulling Biden's strings
See more...