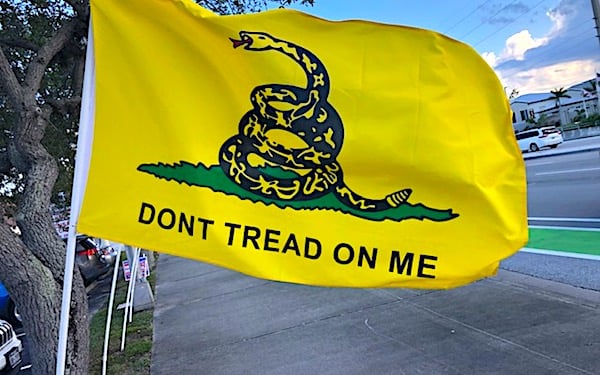 A new study by the College Fix documents that American universities likely are more indoctrination centers than institutions of learning these days.

It’s because it found that fully half of dozens of departments at seven schools have zero registered Republican professors.

There were only 61 GOP members across all of the 65 departments at the schools surveyed.

Thirty-three of the departments had none.

”In contrast, 667 professors were identified as Democrat based on their political party registration or voting history in party primaries,” the survey said.

Six of the seven states where the schools are located are primarily Republican, with the exception of New York.

”Yet, all universities showed a strong Democratic tilt among their faculty,” the report said.

Do many conservative students graduate as liberals after being brainwashed by their leftist college professors?
91% (95 Votes)
9% (9 Votes)

”These results should be another wake-up call that higher education is severely biased and broken,” said Jennifer Kabbany, editor-in-chief of The College Fix.

”The foxes are guarding the hen house,” she said. “If parents, politicians and watchdogs wonder why students go into college as innocent and eager 18-year-olds and come out four years later as mouth-breathing progressive-socialist Democrats, look no further than the people teaching them what to think day in and day out at college.”

The departments mostly were humanities institutions such as English, economics and philosophy, and there also were present those who said they are unaffiliated, nonpartisan, libertarian, independent and such.

”What that tells us is regardless of who voters put in office, lawmakers are not taking seriously enough the insidious problem of liberal bias in colleges and universities,” Kabbany said. “Higher education is one of the most important battlegrounds for the heart, soul and mind of this nation. Legislatures have the power to ensure employment laws are followed, and that includes protecting candidates from being discriminated against because of their beliefs.”

”There is still little recognition of the crushing bias reflected in these numbers,” he said. “Most faculties are overwhelmingly Democratic and liberal. Diversity generally runs from the left to the far left.”

”When I began teaching in the 1980s, faculties were undeniably liberal but contained a significant number of conservative and libertarian professors. It made for a healthy and balanced intellectual environment. Today such voices are relatively rare and faculties have become political echo chambers, leaving conservatives and Republican students increasingly afraid to speak openly in class.

”The trend is the result of hiring systems where conservative or libertarian scholars are often rejected as simply ‘insufficiently intellectually rigorous’ or ‘not interesting’ in their scholarship. This can clearly be true with individual candidates but the wholesale reduction of such scholars shows a more systemic problem. Faculty insist that there is no bias against conservatives, but the obviously falling number of conservative faculty speaks for itself.”

These days, he wrote, such discrimination “is that easy. You simply declare that conservative views shared by a majority of the Supreme Court and roughly half of the population are not acceptable to be taught.”

”I frankly do not understand why professors want to maintain this one-sided environment in hiring. I was drawn to academia by the diversity of viewpoints and intellectual challenges on campuses. School publications and conferences today often run from the left to the far left. We have discussed a long line of incidents on this blog of conservative faculties being targeted by cancel campaigns with tepid support from their colleagues or administrations. We have become the face of intellectual orthodoxy and it is reflected in these numbers.”