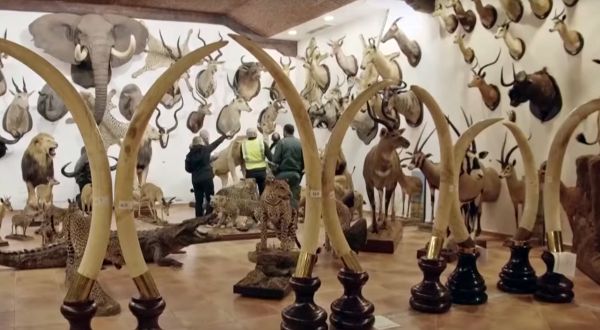 (WHO KNEW NEWS) – The Spanish Civil Guard says it is investigating a businessman in the country’s eastern Valencia province who has a private taxidermy collection of over 1,000 stuffed animals, which includes over 400 from protected species and at least one specimen of an extinct North African oryx.

According to the Civil Guard, the collection would sell for 29 million euros ($31.5 million) on the black market, and its possessor could face charges of trafficking and other environmental offenses. It was said that the find was the largest collection of protected stuffed creatures ever discovered in Spain.

The stuffed animals were discovered in two warehouses covering 50,000 square meters on the borders of Bétera, a tiny town north of Valencia on the eastern coast. There were 405 specimens protected by the CITES convention on wildlife protection among the 1,090 stuffed animals discovered.