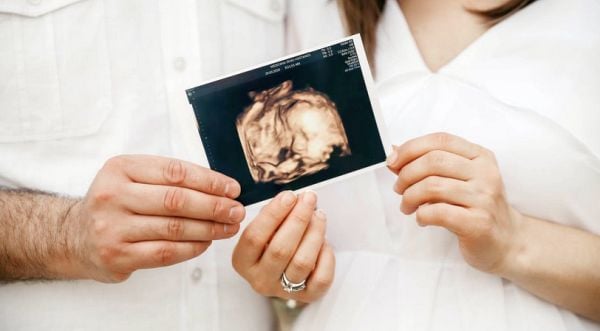 In her 2022 memoir, abortionist Christine Henneberg told the story of a pregnant black woman who came to the hospital where Henneberg was a resident. The 26-year-old woman was with her two-year-old son. She was pregnant and bleeding.

The doctor, who Henneberg calls Dr. A, asked the woman, “Is this a planned pregnancy? Do you think you’re going to keep it?” The woman said her pregnancy wasn’t planned, and she wasn’t sure if she wanted an abortion. The baby’s father, she said, wanted the child.

Because of the bleeding, Dr. A did an ultrasound. When the young mother saw her baby on the screen, she became excited. Henneberg writes:

Dr. A inserted the probe and found the pregnancy, a seven-week fetal pole with a clear flicker at its center. The young woman asked to see the image; she pulled her son onto the table with her and pointed at the screen. “Look, baby!” She cooed. “There’s the heartbeat! You see it? You see the heart?”

The woman then asked if she might have been pregnant with twins. The father of the baby, she said, was a twin. Dr. A told her it could’ve been a twin pregnancy, but if so, the other twin had been miscarried, and only this baby was still alive. The loss of the twin could have caused the bleeding. The remaining baby, however, was healthy.

Dr. A again asked if she wanted an abortion. After weighing her decision, the woman decided to have her baby. She seemed excited, and Henneberg describes her as “beaming.”

In her own words, she was “horrified” that the woman had chosen life. Henneberg says, “It was not the decision I had expected or wanted for her.” Henneberg further writes:

I wanted to shake her by the shoulders and say, “You do realize, this is not just about how you feel this moment, today. This is about your body, a 40-week pregnancy, and then the rest of your life. A third child. How will you cope? How will you afford it? Think about this.”

I thought Dr. A should have said something to try to guide her, remind her of these things.

Henneberg was angry at Dr. A for not pressuring the woman into an abortion. That night, Henneberg describes herself “scribbling furiously” in her journal, still angry that the woman didn’t choose an abortion. She writes:

I thought about her “decision” (if that’s what you could even call it, I mused bitterly) and wondered whether and how we had failed her.

Dr. A, I decided, should have been more careful about showing her the ultrasound, because the woman seemed to have been influenced by the image of the fetal heartbeat, the idea of having possibly conceived twins…

Henneberg seemed to believe that Dr. A should have refused to show the patient her ultrasound — removing even the option of informed consent. But a woman has the right to know vital information about what’s going on in her own body. Hiding the truth from women might make it more likely they will choose abortion, but it’s a violation of their rights.

And it can set up a women for emotional trauma when she eventually learns the truth.

Henneberg complained that, by not having an abortion, the pregnant woman had chosen the “easy” way, saying “Everyone will be happy for you. No one can question you. No one can call you a murderer. No one can tell you you will regret it, even if, maybe, you will.” The women having abortions, she felt, were the courageous ones, because abortion carries stigma, but they were still doing what (she thought) was best for themselves.

In retrospect, the author admits she was “neglecting to consider how I might have felt differently if she had been a white woman in her 30s, well-educated, articulate—a woman more like me.”

In this way, Henneberg acknowledges the racist underpinnings of her feelings. To be fair, she seems to at least realize how inappropriate her feelings were, saying, “My understanding of ‘choice’ was limited to the choices I’d make, choices of privilege and control.”

In America, there is a long history of coercive policies aimed at people of color surrounding pregnancy and birth. Historically, minority women have been victims of forced sterilization and abortion and/or sterilization coercion by white doctors.