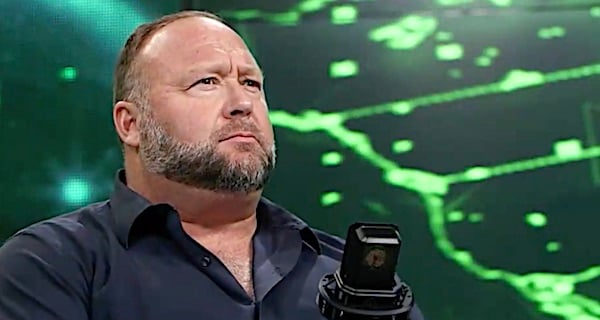 InfoWars entertainer Alex Jones has filed for personal bankruptcy amid court orders that he pay about $1 billion to families of the victims of the Sandy Hook school shooting that happened years ago.

Just the News reported the families of those child victims reported they were harassed after Jones claimed that the massacre was a fraud, that it was staged.

He later said it was, in fact, real.

His filing this week was for personal bankruptcy, as his company already has filed.

He was ordered by juries this year to pay nearly $1 billion in damages to the relatives of those killed in the 2012 shooting at Sandy Hook Elementary school.

A lawyer for the plaintiffs told CNBC that the move “will not work.”

Twenty children and six staff members were shot and killed at the elementary school in Newtown, Connecticut, in December 2012.

Families of the victims and an FBI agent convinced thejuries that it was Jones’ fault that they were “tormented” after the shooting.

Jones was ordered to pay nearly $50 million in a related case decided in August.

A federal judge earlier froze his assets in a ruling that he pay $473 million in damages, on top of the earlier nearly $1 billion decision.

It was killer Adam Lanza who murdered 20 children and six adults at Sandy Hook Elementary School on Dec. 14, 2012 after killing his mother the same day. Nine victims’ families reached a $73 million settlement in February with Remington Arms, which manufactured the gun Lanza used.