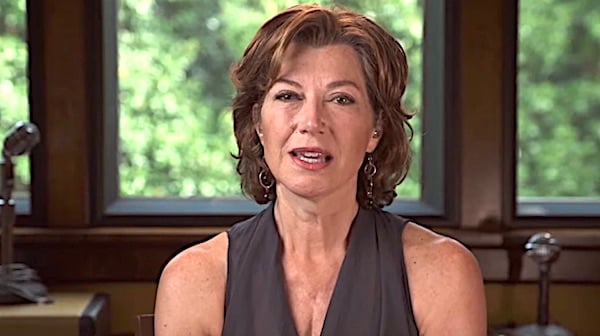 "Honor marriage and guard the sacredness of sexual intimacy between wife and husband." – Hebrews 13:14 MSG

[Author's note: I attempted to give this article to Amy prior to publishing. She declined to read it, saying, "Even if I am misrepresented; even if I am in the wrong, God knows my heart." Having reviewed the article first with five senior leaders, including Dr. Michael Brown and one of Amy's original pastors, we pray and entrust this to God.]

Months ago, Joe Biden hosted a gathering with gay icon Elton John and 2,000 LGBTQ celebrants on the White House lawn. If I had been invited, I would've attended to evangelize just as I have at 20-plus gay pride events.

In situations like this, it's extremely important to discern God's will. If I were a new convert, knew there'd be nudity, drugs and revelry, struggled with same-sex attraction or if I was younger and prohibited by my parents, I wouldn't go.

Apart from a strategic LGBTQ outreach, could I envision ever hosting a homosexual/lesbian event at my church or on my property? I wouldn't do it.

A news story recently stated that Christian music legend Amy Grant was hosting a niece's gay wedding at her farm. I believe she's doing this sincerely as a goodwill gesture, but it's generating understandable concern about its appropriateness and what it communicates. Having ministered with Amy in the past at "Jesus Festival" events, I know she is a loving person.

What Would Jesus Do?

The Bible directs us to "examine all things, hold fast to that which is good" (1 Thessalonians 5:21) and exhibit maturity, demonstrated by "discerning between good and evil" (Hebrews 5:14).

God wants our "love to abound more and more with knowledge and discernment so that we may approve what is the best" (Philippians 1:9-10).

Amy said recently, "There's many things I don't understand about God." Perhaps the beauty of His holiness with His love is one of them.

A young man openly shared his sad story of being abused and later "coming out" as a homosexual. On Proud Radio, he explained how a "counselor told him it didn't matter how he got to being gay and that there wasn't a glory spout to turn on to make him straight … so he left the church that didn't accept his lifestyle and went out into the world to be gay. …'and to hear Amy say that I am welcome at God's table as a gay man is so affirming.'"

The young man with his new gay identity now prefers to refer to God as a female. "I call God 'She' to fight the patriarchy."

When Amy was interviewed by PrideSource.com, she said, "I know the religious community has not been very welcoming … but with God everybody is welcome. Everybody!"

Amy says, "God simply wants us to love Him and love each other."

A reasonable question: "Is this another 'crossover' move, similar to when Amy crossed over from "Contemporary Christian Music" (CCM) to a more "pop culture" genre? Let's examine the situation from a purely biblical worldview, resolving not to accommodate culture but align with sacred Scripture.

The entire Bible unambiguously defines God's design for marriage to be one man and one woman (Genesis 2:24; Matthew 19:5; Ephesians 5:31).

"For the time will come when people will not put up with sound doctrine. Instead to suit their own desires, they will gather around them a great number of teachers to say what their itching ears want to hear. They will turn their ears away from the truth and turn aside to myths" (2 Timothy 4:3–4).

B. Believe and Behave

A combination of charity and clarity is essential in communicating that a homosexual lifestyle is directly contradicting Scripture where there is not one verse that endorses it. God's Word prohibits it plus conveys hope and transformation for those struggling in it (see 1 Corinthians 6:9-11). God's help comes when those struggling admit their problem. A homosexual man asked Dr. Martin Luther King Jr., "What do I do with my problem?" He helped him to freedom because "he admitted he had a problem." Only then could he help him with a solution (see Bullseye Challenge, chapters 18-20).

Jesus Christ stated unequivocally, "Why do you call me 'Lord, Lord and not do what I say?" (Luke 6.46). Loving God and obeying His Word are nonnegotiable. The Bible warns us of those who practice sinful homosexual/lesbian acts (Romans 1:25-28) and then "give hearty approval to those who practice them" (verse 32).

Jesus engaged compassionately with sinners but did not excuse sin (Samaritan woman, John 4:1-18, and the woman caught in adultery, John 8:1-11). He said, "Go and sin no more." We're called to do likewise, conveying acceptance of the person but not approving of his or her sin.

We affirm God's unconditional acceptance (welcoming us into relationship when we "repent and believe"), but there is no unconditional approval of behavior contrary to what God prohibits. Jesus' directive to Paul was "to open their eyes so that they may turn from darkness to light and from the dominion of Satan to God, in order that they may receive forgiveness of sins and an inheritance among those who have been sanctified by faith in Me" (Acts 26:18).

"Be holy, blameless and above reproach" (Colossians 1:22), not without sin but not bringing shame on the Body of Christ or disgrace to the Name of Jesus. "Whoever misleads one of these little ones who believe in Me, it would be better for him to have a millstone hung about his neck and be drowned in the depths of the sea" (Matthew 18:6).

"Not many of you should become teachers, knowing that we shall receive the greater judgment" (James 3:1). This is serious stuff!

Billy Graham, one of Amy's and my heroes, mentioned in his less mature years foolishly going into an English pub (drinking a nonalcoholic beverage), then seeing a photo of his visit prominently featured in England's newspapers to discredit his reputation, impact the crusade plus possibly cause some to stumble.

Billy would never be seen alone in public with another woman other than his wife. When Hillary Clinton once requested a private meeting, he declined, asking her understanding so as not to ever adversely influence others.

When King Saul committed suicide, David lamented but took pains to handle the tragedy discreetly, directing women not to report the scandal in public to avoid bringing reproach on the Name of the Lord (2 Samuel 1:17-20).

We will give an account if we influence others wrongly. One's music can inspire millions; one's example can mislead multitudes. Youth are especially vulnerable to LGBTQ propagandists who "promise freedom while they themselves are slaves to depravity" (2 Peter 2:19).

Here's the deal: As we humbly seek God's guidance, may the Good Shepherd "lead us in paths of righteousness for His Name's sake" (Psalm 23:3).

Larry Tomczak
Larry Tomczak is a cultural commentator with over 50 years in vocational ministry, an Intercessors for America board member, bestselling author of 10 books including the quarter-million-selling "Clap Your Hands!" (now a free audiobook on his site) and a public policy adviser with Liberty Counsel. His innovative video/book, "BULLSEYE," develops informed influencers in 30 days (see www.bullseyechallenge.com), and he has a variety of resources on his website (see www.larrytomczak.com). You can also hear his weekly podcast here.
America slouches further toward Sodom and Gomorrah
After hosting lesbian 'wedding,' Amy Grant speaks out
Radicalized Dems are killing America: More outrage needed
Understand the story that'll be center stage in 2023
3 gifts to give Trump as he regains his political footing
See more...