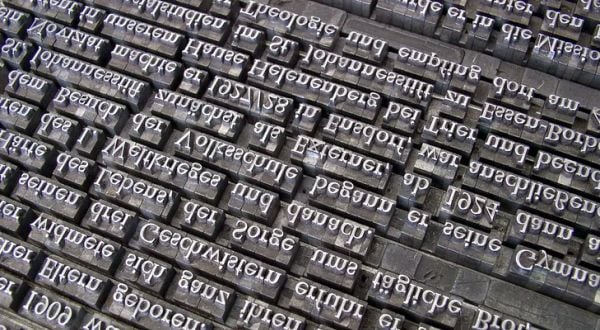 Associated Press, a behemoth in worldwide reporting that dates to the telegraph days of the 1800s, has announced that reporters should no longer use the term "late-term abortion," based on a specific definition from the American College of Obstetricians and Gynecologists.

But that's kind of like defining a "sports car" as a "Mustang," citing Ford Motor Co.

It's because the ACOG openly promotes abortion on its website, with, "ACOG advocates to improve access to full-spectrum reproductive services, to integrate abortion as a component of mainstream medical care, and to oppose and overturn efforts restricting access to abortion."

AP said the pro-abortion organization defines a late-term abortion as between 41 weeks and 41 weeks and six days and "abortion does not happen in this period."

It is Fox News that has profiled the new language restrictions AP desires, including the discontinuance of the use of "fetal heartbeat."

The move by the wire service, which increasingly has turned leftist in recent years, has generated a negative response from large numbers of Americans – those who are not on the pro-abortion train.

The report explained the AP's agenda.

Besides denouncing "fetal heartbeat" and "late-term abortion" as not journalistically acceptable, it said it has added an entry to its stylebook on the life-or-death subject.

Some terms used by pro-life advocates, such as "fetal heartbeat" and "late-term abortion," are "overly broad and misleading," AP said.

It continued, "Advanced technology can detect a flickering as early as six weeks, when the embryo isn't yet a fetus, and it has only begun forming a rudimentary heart. The American College of Obstetricians and Gynecologists [ACOG] says it is not accurate to call that a heartbeat. Use the term cardiac activity instead."

"Journalists," the AP instructs, should put quote marks around the terms "fetal heartbeat bill," "heartbeat bill" and "six-week abortion ban" and then provided an "explanation."

She pointed to the science, in that, "By six weeks' gestation, the human embryo has developed an organ that contracts rhythmically to pump blood through its body, aiding in the exchange of carbon dioxide and oxygen in the blood -- in other words, a heart."

Kristi Hamrick of Students for Life of America has another, shorter, explanation for AP's actions.

It is, she said, "gaslighting as policy in joining the pretense that changing definitions changes facts."

"Despite what the heartless misinformation team at the AP says, ALL heartbeats involve an electrical impulse, putting all of humankind in the same category, born or pre-born," she said in an interview with Fox News Digital.

Fox explained Media Research Center President Brent Bozell, who repeatedly has called out media disinformation, said it was another example of pushing abortion.

He said the "'news' media will do anything, anything to continue pushing a radical pro-abortion agenda, including slandering the entire pro-life movement and science itself."

Do use the term late-term abortion, because it is accurate and happening across the country.

143 Abortion Clinics Kill Babies in Late-Term Abortions, Some Kill Babies Up to Birthhttps://t.co/nBt4mVfDKv