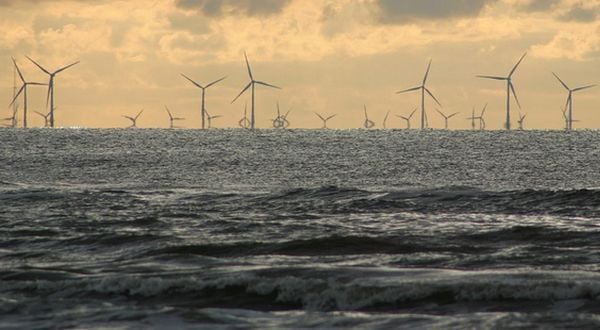 In total, the Interior Department leased 292,850 out of a possible 373,268 acres (78%) of federal waters to European firms for wind turbine construction. Invenergy California Offshore LLC, a division of the Chicago-based renewable developer Invenergy LLC, was the only U.S. company among the five competitors to secure a lease.

During February’s record-setting offshore wind auction, only one American company, Invenergy Wind Offshore LLC, was featured among several European-owned companies that held winning bids. The foreign-owned companies, which leased more than 84% of the auctioned land, are subsidiaries of large European energy firms or represent joint ventures between foreign businesses such as Shell and TotalEnergies.

The offshore wind projects resulting from the lease sales could produce  4.6 gigawatts of wind power, which is enough to electrify more than 1.5 million homes, according to the department’s press release.

The Biden administration aims to grow U.S. offshore wind generation from less than 1 gigawatt currently to 30 gigawatts by the end of 2030 as part of its aggressive green energy transition, according to a White House fact sheet. Meanwhile, the European Union boasted 14.6 gigawatts of offshore wind production in 2021 and hopes to have 25 times that number by 2030, according to the European Commission.

Biden promised that his push to accelerate the construction of wind energy projects would benefit domestic businesses and create new jobs while mitigating the “climate crisis.”

The Interior Department did not immediately respond to the Daily Caller News Foundation’s request for comment.