WASHINGTON, Dec. 6, 2022 – Eighty-one years ago today, Commander Mitsuo Fuchida was preparing to lead an airborne strike force of 49 "Kate" bombers, 40 torpedo bombers, 51 "Val" dive-bombers and 43 "Zeke" fighters on the first wave of an assault on Pearl Harbor. At 0854 that terrible Sunday morning, a second wave of 167 aircraft added to the devastation. When the surprise attack was over, 3,581 Americans were dead or wounded; the largest naval anchorage in the Pacific was littered with sunken and burning U.S. warships; the best dry-dock and ship repair facilities west of California were in shambles, and less than 25% of U.S. military aircraft based in Hawaii were still operational.

The Japanese surprise attack was but the first blow in a cascade of disasters. The following day, as Imperial troops invaded the Philippines, President Franklin Delano Roosevelt proclaimed Dec. 7, 1941, to be "a date which will live in infamy," and Congress declared war on Japan. Three days later, on Dec. 11, fascist Italy and Nazi Germany declared war on the U.S. in support of their Axis partner in Tokyo. By then, nearly half a million young Americans had already visited military recruiting stations volunteering to fight, and the phrase "Remember Pearl Harbor" was a watchword. When the conflagration finally ended in Tokyo Bay on Sept. 2, 1945, more than 16 million men and women had served in the U.S. armed forces.

Each year we praise the courage and resolve of the Americans who were in Hawaii that terrible day. Yet, few now acknowledge massive intelligence failures and lack of "situational awareness" in Washington that allowed such a horrific surprise attack to occur. Nor do they mention that America's poor preparations for war resulted in the loss of every engagement with the Japanese from Dec. 7, 1941, until the battle of Midway on June 4, 1942.

Absent from reflections on what happened at Pearl Harbor are acknowledgments of culpability for officials in Washington who dismissed Japanese communications intercepted and decrypted at "Station HYPO" that would have forewarned defenders in Hawaii and the Philippines. Unmentioned are the shortages of weapons and personnel – even searchlights – that prompted commanders to park U.S. aircraft on Oahu and Manila wingtip to wingtip so they could be protected from sabotage.

The paucity of spare parts, fuel and navigation equipment – the consequence of inadequate appropriations – sorely limited how many long-range patrol aircraft could be dispatched to provide early warning. Worse, FDR and his closest advisers simply ignored warnings from the British, Dutch, Australians and his own Pacific Fleet commander, Adm. Husband E. Kimmel, about Japanese threats.

FDR dismissed allied alarums about the Berlin-Rome-Tokyo Axis prior to the attack on Pearl Harbor. Today, a four-sided "Axis" – Communist China, Russia, Iran and North Korea – poses greater risk to U.S. national security than Tokyo ever could. All four have or are developing nuclear weapons and the means of delivering them – against the U.S. and our allies.

In Beijing, Xi Jinping threatens the freedom of Taiwan with advanced weaponry and more naval power and air power in the Pacific and South China Sea than we and our allies can muster.

Vladimir Putin's invasion of Ukraine is the largest military operation in Europe since World War II. Russia's armed forces have already employed hypersonic missiles – of which we have none, nor the means of defending against them.

The Biden White House discounts Israeli warnings about existential threats from Iran in hopes of convincing the ayatollahs to pump more oil.

In North Korea, the Kim dynasty, despite draconian sanctions, has managed to build nuclear weapons and the means to deliver them against U.S. territory.

The Biden administration has missed the lessons of Dec. 7, 1941. Production of new B-21 stealth bombers has been cut from 150 aircraft to 100. While America's defenses are gutted, our adversaries prepare for aggression. Pray we wake up before another Pearl Harbor! 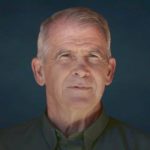