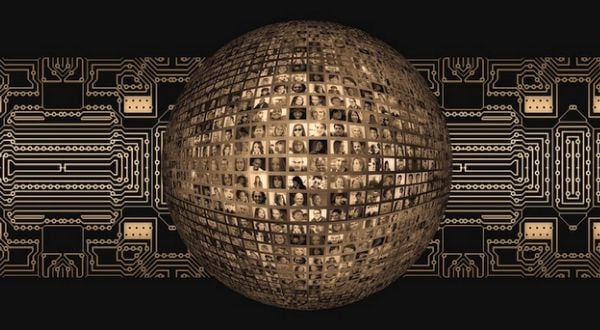 For those who think Big Tech has been a little more Big Brotherish lately, there's a reason.

The concern has been raised because Big Tech companies like Twitter, Google and Facebook have in recent years openly censored messaging that conflicts with Democrat ideology.

They even shut down the channel for the voice of a sitting president of the United States, Donald Trump, because his opinion about the 2020 election disagreed with theirs.

Of course, the corporations called the speech they censored "misinformation," but the American public now understands that accusation itself was misinformation.

But the real reason Silicon Valley sometimes is sounding like the FBI headquarters is that Big Tech companies are literally "riddled" with former CIA agents, former FBI staffers, and more.

"So many ex-FBI work at Twitter they have Slack channel and Google is rife with ex-CIA," a new report says.

The Daily Mail has assembled a list of those who left spy operations for the government and now are in Big Tech, and it runs on for pages. And pages.

The revelation about the large number of former FBI, CIA, NSC and State Department operatives now working for Big Tech "comes amid fears the FBI operated control over Twitter censorship and the Hunter Biden laptop story," the report said.

The FBI interfered in the 2020 election by telling tech companies to suppress reporting about the scandals revealed by that abandoned laptop, when in fact the reports all were true.

Now files being released by new Twitter owner Elon Musk "have revealed the close relationship with the FBI, how the bureau regularly demanded accounts and tweets be banned and suspicious contact before the Hunter laptop story was censored."

The report said dozens of workers have moved from D.C. to Silicon Valley employment.

"In a video posted on Facebook's website, Aaron Berman, the president's former briefer at the CIA, explained how he is the manager of 'the team that writes the rules for Facebook,'" the report said.

The Daily Mail said it tracked down nine former CIA operatives now at Facebook, and eight former FBI agents are at Twitter.

Deborah Berman, former intel analyst at the CIA now a "trust and safety manager" at Facebook.

And Kris Rose, former counterterrorism analyst at the CIA, now on Facebook's oversight board.

Other ex-CIA hires for Big Tech were Hagan Barnett and Gina Kim Sumilas, while FBI veteran Emily Vacher now is in Big Tech.

Former USAID officer Mike Bradow is, and others in Silicon Valley include veterans of the State Department, the National Security Council.

Probably most prominent is Jim Baker, who used to work at the CIA and for a time was Twitter's lawyer.

The report said, "On Monday, journalist Michael Shellenberger revealed how the FBI met with Jim Baker ahead of the 2020 presidential election, where he convinced [others] that the materials from Hunter Biden's laptop could be 'Russian disinformation.' The trove of documents Shellenberger released detailed how several former FBI officials were joining the ranks at Twitter, and those left at the Bureau had tried to get top-level security clearance for Twitter officials so they could be notified of any alleged election interference."