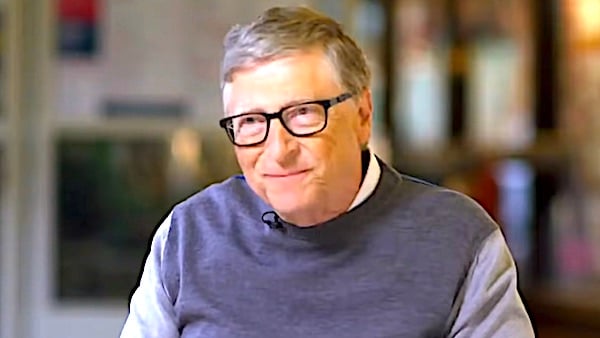 The architect of the Geneva Consensus Declaration, which has been adopted by dozens of nations that proclaim themselves to be pro-life, says Bill Gates is on the wrong side of one of the biggest issues facing the world.

So is Joe Biden.

It's because they're both tossing money around like candy to promote abortion, when, in fact, a growing part of the world is plainly pro-life.

Valerie Huber, the architect of that declaration, cited in a commentary at LifeNews.com Gates' recent announcement of his plan to turn over $7 billion over a number of years to aid abortion in Africa.

Huber, in a commentary joined by Elyssa Koren of ADF International, wondered what such money actually does.

She explained, "International development funding inevitably comes with strings attached, and more often than not, those strings are tied to ideological agendas. Case in point: the Gates Foundation’s aggressive track record of abortion promotion, which stands in sharp contrast to the robust pro-life culture of many African countries. Abortion is illegal or heavily restricted across most of the continent. But money has a way of maneuvering around the law, and ultimately, much of the reason for pushing tremendous sums on developing countries is to dismantle established laws that protect unborn life.

"In this context, $7 billion could go a long way toward undermining what people actually want for their countries," she said.

"Representing 36 countries across five continents, the Geneva Consensus group is united by the fundamental belief that women’s health should not be held hostage by ideological agendas. Currently led by the government of Brazil, and soon transitioning to Hungarian leadership, the group is proof positive that there exists vibrant international momentum to support both woman and unborn child in the pursuit of actual health care," the commentary explained.

"When women and families are supported, it changes the options available to them, benefiting all, including the unborn. As noted at the commemoration by the ambassador of Hungary to the U.S., Szabolcs Takács, the Hungarian government holds firm to the view that, 'every human being should have the right to life…and fetal life shall be subject to protection from the moment of conception.' Putting real-life policy punch behind its words, Hungary allocates 6 percent of its GDP for pro-family support, including a 2020 policy according tax exemption benefits to women with four or more children, resulting in a dramatic reduction in national abortion rates."

Another comment was from Ambassador Alfonso Quiñónez of Guatemala, who stated, "Life starts at conception. For us there is no question."

Midwife Agnes Kalonji, at the invitation of the Democratic Republic of the Congo, cited the death rate of 600 women per 100,000 deliveries, and said every dollar spent on abortion in pro-life African countries is both illegal and a disservice to women.

The commentary explained the Geneva Consensus is a defense against funding like that from Gates, who in the past has made abortion a cornerstone of his giving plans. He and others often refer to abortion as "health care."

Sen. Steve Daines, R-Mont., told the recent meeting that the goal is to make sure "international law and international agreements are not rewritten to invent an international right to abortion that would override the duly enacted laws of your countries protecting pre-born babies."

"The hope is that changing abortion dynamics in the U.S. as a result of the Supreme Court decision overturning Roe v. Wade will empower developing countries to reject unwanted abortion pressure," the commentary explained.

Even though the Biden administration "is among the leading contributors to abortion abroad, with a 9 percent increase in 2022 to its annual budget for international 'sexual and reproductive health and rights' services."