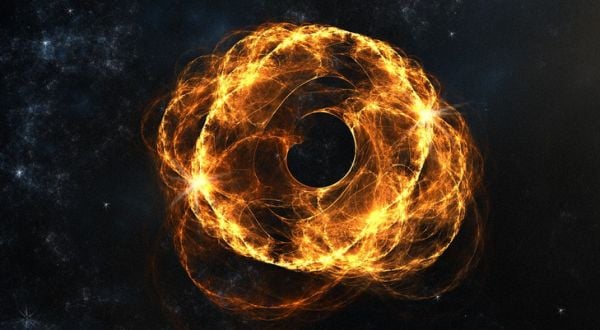 (THE VERGE) – It was an event not seen in more than a decade: a sudden flash of energy launched out from the center of a distant galaxy, bright enough to be visible from 8.5 billion light-years away. With a burst of light equivalent to more than 1,000 trillion suns, the flash was first detected by the Zwicky Transient Facility, a survey of the entire night sky conducted from the Palomar Observatory in California.

“On Valentine’s Day this year, we found a source that was puzzling. It was just weird!” Igor Andreoni of the University of Maryland, lead author of one of two papers about the event, told The Verge. “And weird is good in science. It means it’s something you can learn from.”

Within days, astronomers around the world turned their telescopes toward the flash, observing it in X-ray, radio, and other wavelengths. It was extraordinarily bright and was similar to a gamma-ray burst — a type of bright flash usually detected by gamma ray or X-ray telescopes. But this one had been spotted by an optical telescope.