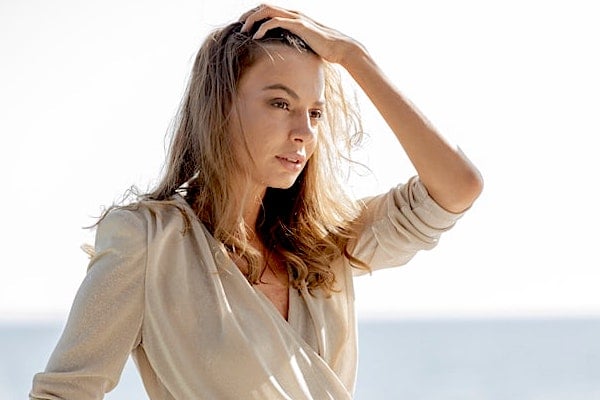 A senator's suggestion that young men in America turn off pornography and ask a "real woman" out on a date, show her respect and treat her like a "person of incredible significance, created in the image of God," is being ridiculed by leftists.

"Josh Hawley kisses his wife like his parents are making him eat broccoli for the first time," charged one sarcastic social-media resident. 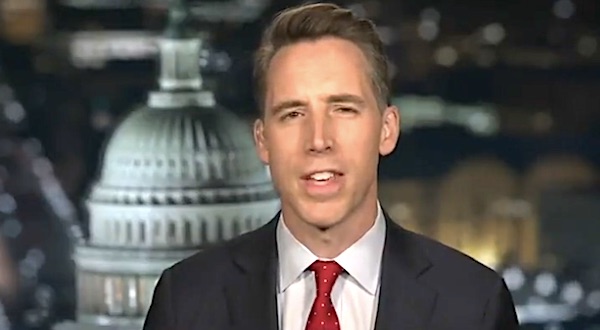 "How about that. Just a thought. … Show her a little respect. And you take her out and you treat her right, treat her like what she is, a woman, a person of incredible significance created in the image of God.

"You treat her right and then one day you do her the honor and show her respect of asking her to marry you."

A commentary at Twitchy noted, tongue in cheek, that what he said "was, like, soooooo cringe and embarrassing."

Another wildly objected to his remarks that would "treat her right by taking away her most basic right."

"Space Karen" pondered, "I thought conservatives were the big strong many attractive alpha males? If so, they shouldn't need Baby Face Hawley's advice on how to get a date."

At Real Clear Politics was a report that explained Hawley then was on Fox News' "Tucker Carlson Tonight" show to defend his comments.

Carlson asked, "Tell us why, I mean you're a U.S. senator, you helped negotiate trade deals, but you mentioned human relationships, why?"

Carlson noted Hawley is "one of the very few people who said anything like this, certainly one of the very few elected officials because it's considered really embarrassing to notice this is happening. Why don't more people say anything, it seems like it's transformed society completely?"

Hawley said it's partly because of the liberal culture that instructs people to "be a consumer who sits in a cubicle in front of a computer all day and doesn't ask questions or doesn't do anything meaningful with their life."

He said, "Aspire to create something of your life like create a family, for instance. That is the single greatest act of rebellion if you like against the liberal culture that is suppressing peoples desires, that is suppressing their potential is to go out and actually engage in real relationships, get married, have a family, have kids, have your own ideas and be responsible member of society. This is what people are built to do. This is what young people want to do, they want to be challenged in this way."