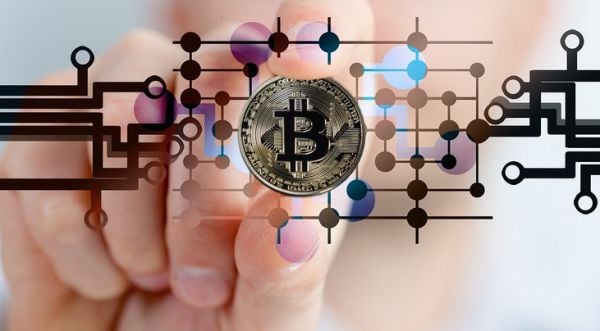 A journalist covering cryptocurrency told Fox News host Tucker Carlson Thursday that the collapse of FTX was the “end of the mirage” on a “financialized” economy.

FTX, a cryptocurrency exchange, filed for bankruptcy Nov. 11, costing investors up to $2 billion. Sam Bankman-Fried, the CEO of the now-defunct exchange, reportedly planned to donate up to $1 billion to Democratic causes before his $16 billion net worth was wiped out by FTX’s demise.

“Sam Bankman-Fried, the key to his empire of fraud is that he created his own play money token called FTT and he was able to create it without any oversight or any tie anything underlying giving it value, whatsoever and this is a whole cryptographic scam that’s been going on with the crypto market where individuals, he’s not the only one, there are many people that create these old coins or scam coins, and they create them: Ether is another one, or Cardono, or XRP these are all coins that are created,” journalist Max Keiser, whose website describes him as a “longtime Bitcoin advocate,” told Carlson in a “Tucker Carlson Today” interview set to air Friday morning. “And then they list them on each other’s exchange, and then they buy them from each other to create a price and then they use the enhanced price which is now the collateral value to go buy something like Sam Bankman Fried did real estate in the Bahamas. So, it’s a Ponzi scheme.”

Keiser noted that Gary Gensler, who headed the Securities and Exchange Commission, was possibly involved in the scandal. Gensler reportedly met with Bankman-Fried in March to discuss a new crypto trading platform, according to Fox Business Network.

“And implied in the Sam Bankman Fried crisis and scam is none other than Gary Ginsler over at the SEC, who should have been calling time on this a long ago but we find out that he’s actually involved and that there’s some what I would call collusion,” Keiser continued. “And the problem in America is you have a country that is ruled by a kleptocracy. Every institution in America is tied to Wall Street in some way.”

“They’re all financialized, they all use cheap money, they’re all cross-collateralizing each other’s assets, they’re all using their money to buy real assets, and they’re all undermining the economy in fundamental ways which lead to inflation, which lead to unemployment which lead to all kinds of dysfunctions in the economy and our medical system and all across the institutions,” Keiser continued. “It all goes back to essentially the deregulation that happened 40 years ago which led to the financialization and the overindebtedness, the overleveraging of the economy. And now, in 2022, since interest rates are going up, that is the end of the mirage, that the bubble has been popped. And the FTX scandal and Sam Bankman-Fried scandal are the last drags of a 40-year bacchanal in cheap money, no regulation and crooked bankers.”

Gensler did not immediately respond to a request for comment from the Daily Caller News Foundation.