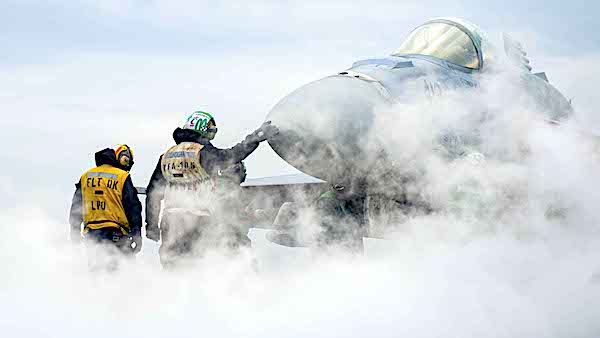 Of course whether marijuana business operators are allowed into the nation's banking system is important to America's national defense.

At least, that's what one would believe given the Democrats' insistent on attaching a marijuana reform to the pending National Defense Authorization Act.

Right now, the vote on the bill is being delayed by the add-ons, but the bill is a must-pass, as it is what allows the Pentagon to continue operations, to fund the nation's military.

It is Breitbart that is reporting the marijuana plan is among those "unrelated" items Democrats are busy adding to the spending bill.

Breitbart reported the House Rules Committee was supposed to work on the NDAA starting this week but Rep. Jim McGovern, D-Mass., said it wasn't ready to go, because the text is not "finalized."

It already was the cause of a pitched battle in Congress because Republicans say they don't want it to advance until Democrats remove the COVID-19 shot mandate for military members from it.

Are you high on adding marijuana to the National Defense Authorization Act?
10% (4 Votes)
90% (35 Votes)

That involves the insistence by Sen. Chuck Schumer, D-N.Y., on including the Secure and Fair Enforcement Banking Act, which would make it easier for state-licensed marijuana business operations to use the national banking system.

The banking system until now has barred marijuana operations from processing payments, as marijuana still is illegal under federal law, and banks are not allowed to handle money that's known to be the result of illegal activity.

The Department of Justice warned earlier this year the banking plan could create significant complications in investigations and prosecutions.

Since the NDAA is a necessity for the government to continue, Democrats are scrambling to attach a wide range of unrelated plans to it, as they will be the minority in the House starting in January and no longer will be able to advance their pet projects.