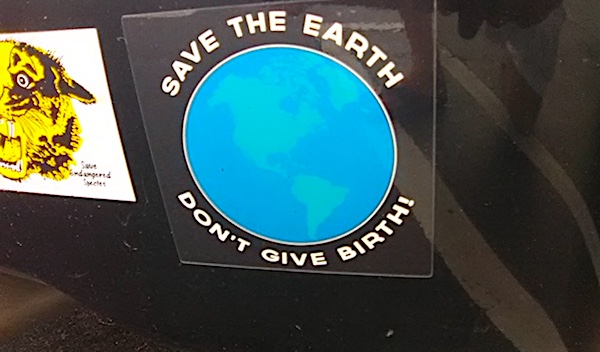 The omnibus spending bill currently under consideration in Congress includes a minimum of $575 million towards “family planning” and “reproductive health,” including in areas where population growth “threatens biodiversity,” according to the text of the bill.

The $1.7 trillion, more than 4,000-page-long spending bill unveiled Tuesday represents the federal government’s budget for the coming fiscal year. Conservatives have criticized the spending bill for pouring enormous sums of money into left-leaning projects through earmarks, the process in which a member of Congress agrees to sign a spending bill on the condition that it includes funding for one of their preferred projects, typically within their district.

It appears that an earlier version of the provision was sponsored by California Rep. Barbara Lee, which requested up to $760 million in funding for “family planning/reproductive health,” including in “areas where population growth threatens biodiversity or endangered species.”

“Reproductive health” is often used as a euphemism for abortion, and “family planning” for contraceptives and abortion. While the Hyde Amendment bars the federal government from directly funding abortions, it still allows it to fund to abortion-centered organizations so long as the money goes towards non-abortion costs.

On a more sinister note, here’s at least $575 million for “family planning” in areas where population growth “threatens biodiversity.”

Malthusianism is a disturbing, anti-human ideology that should have ZERO place in any federal program. pic.twitter.com/7EfFx2pq0M

Are Democrats interested in depopulating the nation of anyone who doesn't agree with them?
100% (25 Votes)
0% (0 Votes)

“On a more sinister note, here’s at least $575 million for “family planning” in areas where population growth ‘threatens biodiversity,'” Republican North Carolina Rep. Dan Bishop wrote. “Malthusianism is a disturbing, anti-human ideology that should have ZERO place in any federal program.”

The omnibus spending bill includes $3 million for an LGBT museum project in New York, another $45 billion for Ukraine and $410 million for border security funding in Middle Eastern countries, though none for U.S. border security. Democratic California Rep. Zoe Lofgren earmarked $2 million in federal taxpayer money for the renovation and relocation of a Planned Parenthood clinic, according to analysis by Open the Books.

The budget deadline has been extended from Dec. 16 to Dec. 23, and members of Congress are still in deep disagreement over the bill: 13 House Republicans threatened to oppose any Senate legislation passed in the 118th Congress, which House Minority Leader Kevin McCarthy backed, if Republicans go forward with supporting the budget before the end of the term.