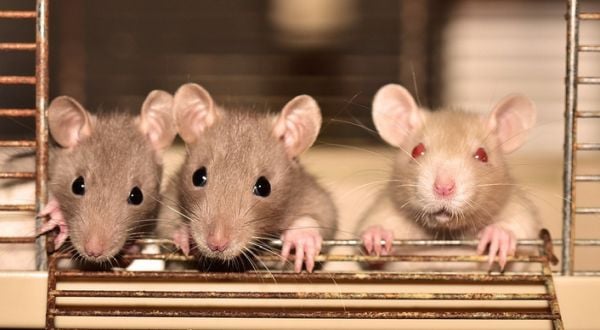 A new Daily Mail report has revealed the vast chasm between what food regulators and inspectors consider good food, and what consumers think.

For example, rat hair, mold and insect parts, even rat poop, is allowed by law up to a certain level.

The report cited regulations that allow "gross stuff” in “YOUR favorite food,” including “Five RAT HAIRS in a jar of peanut butter, 30 insect limbs in a chocolate bar and rodent droppings in popcorn.”

And the Food and Drug Administration is happy with that.

”Insect fragments include legs, antenna and other parts of the bugs that can find their way mixed into the products. These 'food defects' end up in food during the harvesting of raw materials and the manufacturing process,” the report said.

And the FDA figures it’s “economically impractical” for manufacturers to prevent all contamination.

The regulations certain are “gross,” but the “defects” are so small they do not harm consumers, the report said.

”Coffee — a morning staple for most working Americans — can legally be packaged with up to 10 percent of the beans being moldy or infested with insects,” the report explained.

And “some of your popcorn kernels are allowed to have been gnawed by a rat.”

The allowed levels for various foods including up to 5% of canned beets rotting, 30 aphrids per 100G of frozen broccoli, up to 5% of cinnamon bark can be moldy, with 1 mg of mammal poop per pound, and up to 60 insect fragments per 100g are allowed in chocolate.

The Daily Mail has posted a list of dozens of food items with “allowed” contamination.