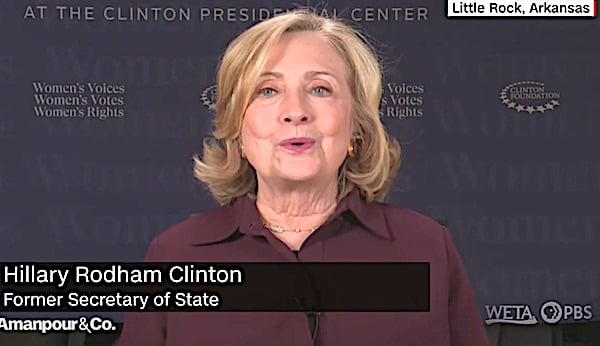 (FAITHWIRE) -- A Catholic bishop from Texas is rebuking former Secretary of State Hillary Clinton after the two-time Democratic presidential candidate seemingly likened the overturning of Roe v. Wade to the horror of rape being used “as a tactic of war” in places like Iran, Afghanistan, and Ukraine.

Clinton made the comments during an interview with CNN’s Christiane Amanpour amid her Women’s Voice Summit held at the Clinton Presidential Center in Arkansas on Friday.

“We have come along way on so many fronts,” she said. “But we are also in a period of time where there is a lot of pushback and much of the progress that has been taken for granted by too many people is under attack: literally under attack in places like Iran or Afghanistan or Ukraine, where rape is a tactic of war, or under attack by political and cultural forces in a country like our own when it comes to women’s healthcare and bodily autonomy.”