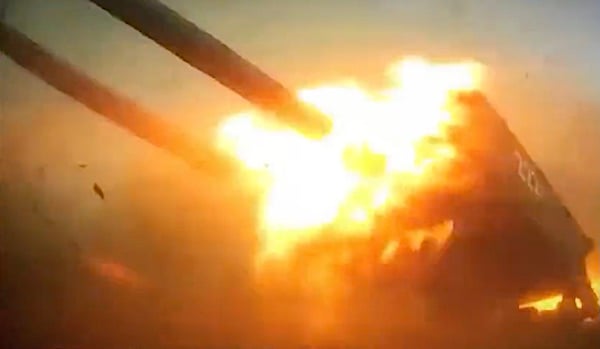 Thermobaric bombs that suck oxygen from the air being launched. (Video screenshot)

(INFORMATION LIBERATION) – Ursula von der Leyen, the Head of the European Commission, made an address on Wednesday claiming that more than 100,000 Ukrainian troops have died in their war with Russia.

Von der Leyen said that it is estimated that "more than 20,000 civilians and 100,000 Ukrainian military officers have been killed so far" in the war.

The EU cut her comments on the dramatic death toll out of the video and removed the line from the transcript of her speech on their website.