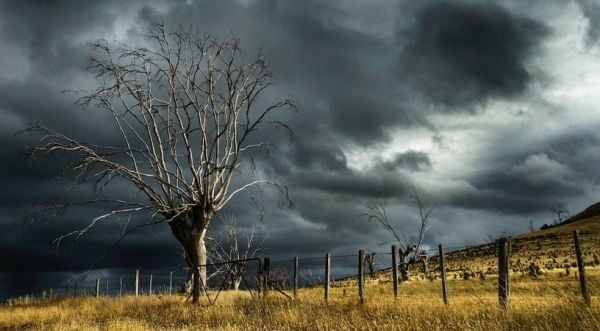 An economist is warning that, under Joe Biden's economic leadership, the "recession sky is darkening."

That's according to Chris Rupkey, chief economist at Fwdbonds, who commented after reports that continuing unemployment claims at the end of November rose by 62,000 to 1.7 million.

That word from the Labor Department was accompanied by a notification that new applications for unemployment benefits surged by 4,000 to 230,000, what the Washington Examiner said was a "discouraging sign" for the nation's economy.

"Open the window of your cubicle at work if you can’t hear it because thousands of Americans have lost their employment, which rings the recession alarm bells loud and clear," Rupkey said. "You can’t have a recession without job losses, and this week’s unemployment claims show the recession sky is darkening."

The report said the continuing unemployment claims were at their highest level since February, a likely result of the decision by the Federal Reserve to surge interest rates by huge numbers in recent months.

The Fed has been boosting interest rates to try to gain the upper hand in the nation's battle in inflation, which under Biden's agenda has reached historic highs of nearly 10%. Even in recent weeks after small declines, it still was in the 8% range, meaning families are having to spend thousands of dollars more this year than last for the same travel, groceries, utilities and such.

The Examiner report explained, "For a long stretch toward the end of the summer, new jobless claims defied expectations and remained low — despite the Federal Reserve’s aggressive and historic rate hikes. Since the start of October, though, they have been above 210,000. The Fed has been aggressively jacking up interest rates to tame inflation, but the trade-off is that rising interest rates slow demand and can result in a recession."

Four times already the central bank has raised interest by three-quarters of a percentage point. And Fed chief Jerome Powell says those increases will continue.

"The full effects of our rapid tightening so far are yet to be felt,” Powell said at the Brookings Institution. "Thus, it makes sense to moderate the pace of our rate increases as we approach the level of restraint that will be sufficient to bring inflation down."