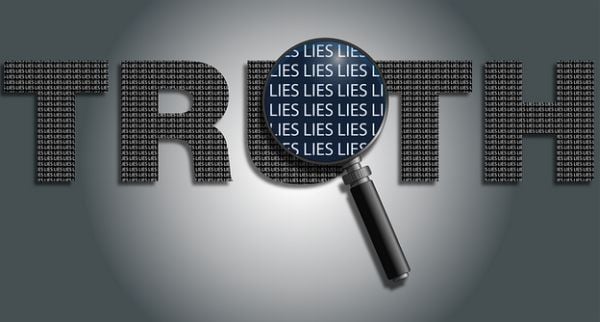 Last month popular commentator Leana Wen, MD cancelled her appearance at the American Public Health Association because of credible death threats. Hundreds signed a petition challenging her suggestion that COVID-19 restrictions can be loosened. Ironically, only a year earlier she received death threats for promoting stricter restrictions and vaccine mandates. Wen bases her public commentary on her best interpretation of the latest scientific evidence. As a physician and public health scientist, that’s how she was trained. Yet Wen’s accommodation to emerging research provoked both the extreme political right and left. How did a respected physician/scientist’s best interpretation of scientific data degenerate into the potential for physical violence? The causes of this overwhelming antagonism are certainly multifactorial. But, surprisingly, fact checkers may be major contributors. Their sometimes-capriciously assigned misinformation labels can result in social media censorship and threaten academic freedom.

In journalism some verifiable facts can be reliably checked. The claim that a political candidate holds a degree from a prestigious university can be verified against institutional records. But in medical science, fact checkers cannot reliably determine what is or isn’t “true” because clinical medicine rarely produces unassailable “facts”. Under the best of circumstances, multiple clinical trials are used to establish the risks and benefits of an intervention. Study methods vary and it is rare when all studies lead to the same conclusion. Medical science’s most enduring fact is that a continuous flow of new studies will challenge previously accepted wisdom. The goal of identifying the best medical interventions is achieved through acknowledging uncertainty, inspection of evidence, and open debate. By implying there is a known “truth”, fact checkers provoke hostility toward those who challenge dogma or recognize uncertainty.

Expert opinion, or even a consensus of medical experts are not facts, yet fact checkers often accept opinions as truth. Consider the track record of experts over the last 300 years or even the last twenty. Previous consensus among medical experts was usually wrong. Fact checking would have hastily applied the misinformation label to those who correctly challenged the safety of Vioxx or OxyContin. David Sackett, the father of evidence-based medicine, famously said, “half of what you'll learn in medical school will be shown to be either dead wrong or out of date within five years of your graduation; the trouble is that nobody can tell you which half”.

To be clear, we applaud evidence-based critiques in medical science, and we encourage data driven discussions of complex issues. However, polarizing opinions can be disguised as objective statements of scientific consensus. Giving fact-checkers the arbitrary power to place misinformation warning labels on research studies controls what gets read. It harms the scientific process by discouraging debate.

Simplification of nuanced scientific debate into the misinformation label challenges the coveted concept of academic freedom. The label is a scarlet letter for academic experts, potentially destroying reputations and threatening careers. The chilling effect the misinformation label has placed on medical experts who question the apparent medical consensus has crippled the advancement of medical science during a pandemic, a time when mature skepticism is most needed. Given the novelty of the pandemic, and the various interventions used to fight it, the level of scientific uncertainty is unprecedented. Certainty expressed by some experts is better described as hubris than fact. By cutting off debate, fact checkers have slowed recognition of failures, thus retarding the advancement of science.

Nearly all fact checking investigations related to COVID-19 have focused on statements that contradict messaging of Federal agencies. Political agencies understandably want to speak with one voice and that megaphone was handed to the CDC during the pandemic. Those challenging CDC positions risked being labeled misinformation spreaders. Yet, any agency dealing with scientific uncertainty is likely to make mistakes. The CDC made many, ultimately resulting in a public apology by Director Rochelle Walensky.

To be clear, we oppose deliberate dissemination of false information that may lead others to make bad decisions. But, we need to be careful in assigning anyone the role of supreme arbiter of truth in medical science. The public will learn more from Leana Wen’s explanation of why she disagrees with other experts than from hearing someone recite approved CDC talking points. For nearly 250 years the American experiment has encouraged free speech and promoted honest debate. We have invested in public education to prepare the populace to critically evaluate contrary opinions. For sure, people can be harmfully manipulated. In medical science, much of what we assumed to be true 50 years ago is now known to be incorrect. Are we so fragile that we can’t trust an educated public to determine what information is reliable? Let’s not let our fear of dissenting information curtail the meaningful debate necessary to guide public health decision making.

All opinions expressed are the authors’ own and do not necessarily reflect those of any organizations or institutions with which they are currently or were previously affiliated.

This article was originally published by RealClearScience and made available via RealClearWire.