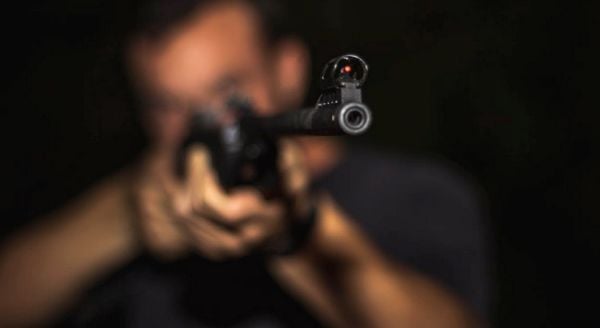 The FBI has continued stripping Americans of their Second Amendment rights through a secret operation in which agents convince individuals to voluntarily sign a document relinquishing their constitutional rights.

The Washington Examiner, in an investigative report, explained the FBI presents various individuals with a form.

Then, "the FBI asked signatories to identify as a 'danger' to themselves or others or lacking the 'mental capacity adequately to contract or manage' their lives. The forms were presented by the FBI to people at their homes and in other undisclosed locations beginning in at least 2016 and until December 2019, when the FBI claims it was discontinued," the report said.

However, the FBI "secretly stripped eight more people of their rights to own, use, or purchase firearms" since then, the Examiner reported, citing internal FBI documentation.

It was only a few months ago that Rep. Marjorie Taylor Green and other Republican members of Congress demanded the FBI and DOJ hand over proof the agenda no longer was being pursued.

But the Examiner found documents showing that eight more people have been subjected to the program just recently.

Is the FBI actively working to strip Americans of their Second Amendment rights?
99% (358 Votes)
1% (3 Votes)

"As Republicans enter a House majority, we must use our investigative power to put a check on federal agencies who have proven to be eager and willing to crack down on Americans' right to keep and bear arms."

The report explained the forms were obtained by Gun Owners of America under a Freedom of Information Act lawsuit, and they were shared with the Examiner.

But there are unanswered questions, the report said, including whether the form is legal given that it avoids established processes, and whether it complies with the law that outlines how someone can be barred from owning guns if he or she is "adjudicated as a mental defective or has been committed to a mental institution."

The act itself doesn't allow for people to declare themselves unfit.

Instead, it requires those deprived of Second Amendment rights to have been "adjudicated."

Rep. Jim Jordan, R-Ohio, who is to be the chief of the House Judiciary Committee when the new Congress opens in January, said serious oversight is being planned.