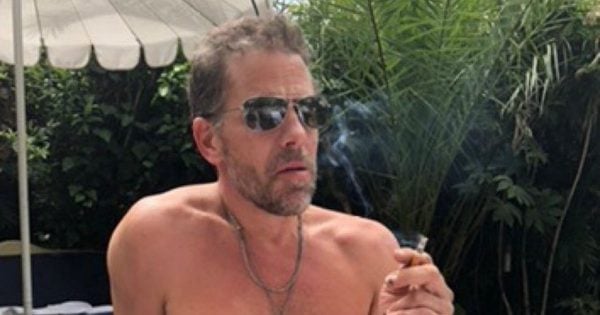 Hunter Biden in a photo from his abandoned laptop.

Twitter’s former chief of trust and safety said that he opposed blocking the New York Post’s story about Hunter Biden’s laptop during the 2020 presidential campaign, a measure that gained widespread criticism as an act of censorship to help Joe Biden’s presidential candidacy.

Yoel Roth said that he believed the story “didn’t reach a place where I was comfortable removing this content from Twitter,” in remarks at the #Informed22 conference on Wednesday. He added that “Everything about it looked like a hack, smelled like a hack, but it didn’t get there [to suppress] for me.”

The story, titled “Smoking-gun email reveals how Hunter Biden introduced Ukrainian businessman to VP dad,” detailed how Hunter Biden had introduced an executive at Ukrainian energy company Burisma to then-Vice President Joe Biden at a time when Biden was pressuring Ukraine to dismiss its prosecutor general who was investigating Burisma for corruption. Hunter Biden, at the time, was a member of Burisma’s board of directors, receiving a salary of $50,000 per month despite having no experience working in the energy sector.

The emails in the story had been obtained from a laptop belonging to Hunter Biden that was dropped off at a Delaware computer repair shop in 2019. It contained lurid details about his personal life, including videos of his sexual activity and narcotic drug use, which were also described in the Post’s story.

“Mr. Dorsey, who the hell elected you and put you in charge of what the media are allowed to report and what the American people are allowed to hear?” said Republican Sen. Ted Cruz of Texas to then-Twitter CEO Jack Dorsey in a Senate Judiciary Committee hearing on Oct. 28, 2020.

Roth recently left Twitter after disagreeing with Elon Musk’s leadership of the company. “Even as he criticizes the capriciousness of platform policies, he perpetuates this same lack of legitimacy through his impulsive changes and tweet-length pronouncements about Twitter’s rules,” Roth wrote in a New York Times op-ed on Nov. 18.