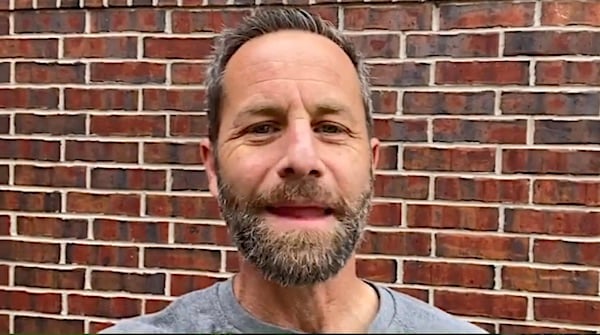 Libraries across America, both public and in schools, frequently use the argument to support their promotion of offensive books, from pornography to transgender-advocating works, that they don't want to "censor" speech.

But they really do.

They want to censor whatever views they don't hold.

That's been confirmed by the refusal by dozens of libraries of a request by Christian actor and author Kirk Cameron for permission to hold a story hour for children.

Those story hours are common now, especially when they are held by drag queens, much to the horror of many parents.

But they continue, as that ideology is supported by the libraries.

It is Fox News that reported Cameron's publisher has been requesting permission for a story-hour slot for the actor for his new faith-based kids book.

He "has not gotten a single 'yes' from the 50-plus public libraries his publisher has contacted so far – 'messaging does not align,' he was told," the report said.

Fox reported, "A story-hour program for kids and parents connected to new book releases is an activity that many libraries typically present to their patrons and communities. Many of the same libraries that won't give Cameron a slot, however, are actively offering 'drag queen' story hours or similar programs for kids and young people, according to Cameron's book publisher and according to a review of the libraries' websites and current program listings."

The report said the Rochambeau Public Library in Providence, Rhode Island, told Cameron, "No, we will pass on having you run a program in our space."

On its website, that library "promotes a regular offering for young people called 'Queer Umbrella,'" the report said.

Cameron's book, "As You Grow," drew this response from one librarian, who fully revealed the agenda of allowing only the perspectives the librarians like: "We are a very queer-friendly library. Our messaging does not align."

Another library told Brave Books, "You can fill out the form to reserve space, to run the program in our space — but we won’t run your program."

Multiple libraries simply said they were "not interested." Several cited "racial equity" and many cited their own "strategic plan" for authors, which appears to be another word for "censorship."

"When Brave Books pointed out that Cameron's book contributes in its own way to a diverse collection of ideas, beliefs and stories, the library representative replied, 'Well, we are focusing on racial equity,'" the report said.

"Publicly funded libraries are green-lighting ‘gender marker and name change clinics’ while denying a story time that would involve the reading of a book that teaches biblical wisdom," Cameron said in the report. "How much more clear can it get?"

Trent Talbot, chief of Brave Books, told Fox, "It is devastating to discover that many of our publicly funded libraries have now become indoctrination centers that refuse to allow biblical wisdom to be taught to our children."