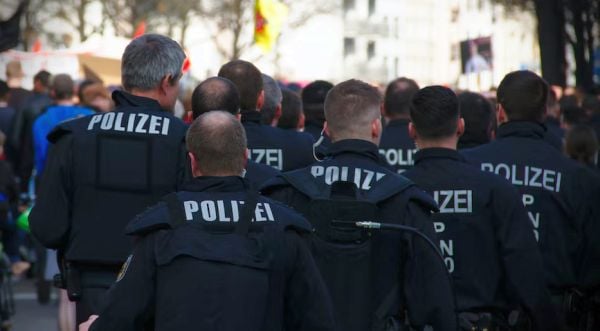 (RMX) – Germany saw what is perhaps its largest police raid in history, involving 3,000 officers targeting 130 properties across nearly the entire country. With 25 “Reichsbürger” suspects arrested, that amounts to 120 police officers per suspect. It was quite the show of force, and in a sign that the media knew well in advance about the coming arrests, a number of suspects, including German aristocrat Heinrich XIII and former AfD MP Birgit Malsack-Winkemann, were photographed and filmed as they were perp walked out of their homes.

It was a real coup for Germany’s left-wing government and Interior Minister Nancy Faeser, who has made it her political goal to wipe out the right.

It is worth noting that nobody has been found guilty yet, but of course, even with the notoriously left-wing German media using the incident to whip up fear of the German right, the past may indicate the case could end up being more PR than reality.